On this page of the Medieval Dynasty game guide, we have included all there is to know about flirting. We provide tips on how to start looking for a wife and what is her purpose in the game. We explain how to effectively court and, eventually, marry a woman and continue your dynasty. 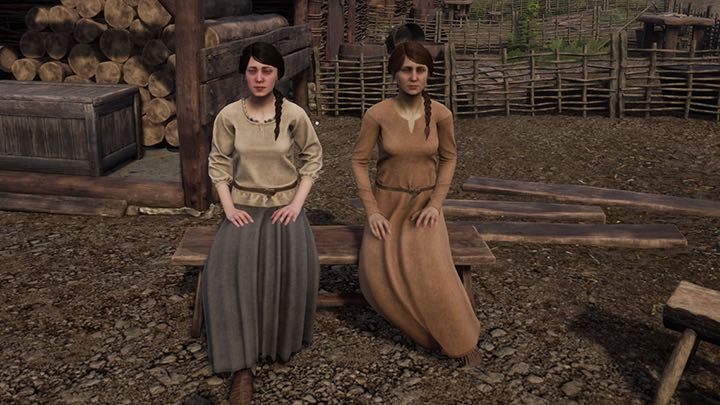 Getting married is one of your main goals in Medieval Dynasty. Your character ages with each passing year and having offspring is the only way to carry on the eponymous dynasty. Having a wife has other, minor benefits, as she is able to heal you or reset your skill tree. 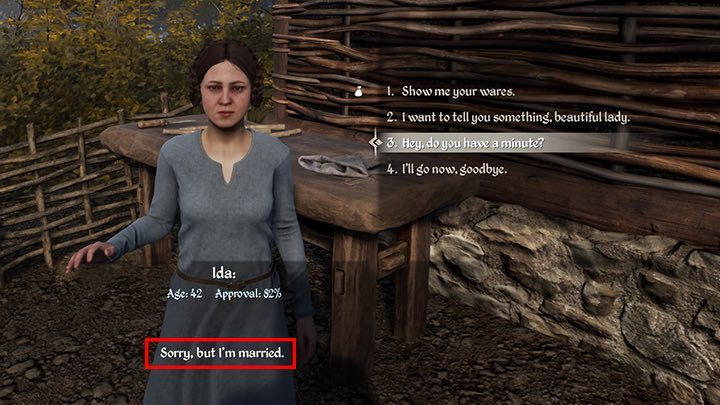 Before you can start flirting with a woman, you will have to raise her approval rating to 60%. You cannot marry someone who is underage, older than you by more than 10 years or married. 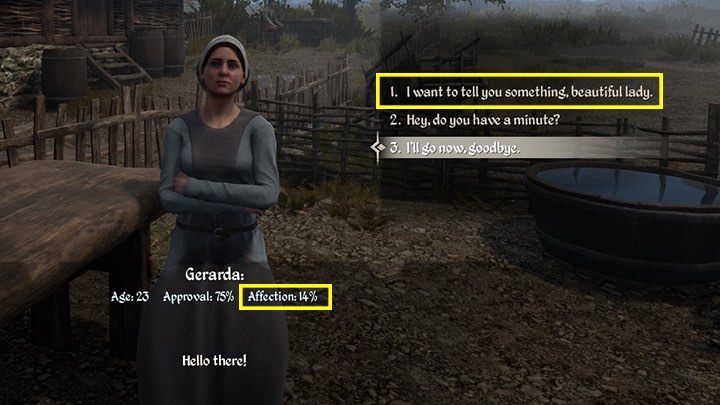 Courtship works similarly to earning approval. When interacting with women, there is an additional affection rating, which may increase or decrease depending on your choices - you just need to say the right things at the right time. To initiate flirting, select the option "I want to tell you something, beautiful lady". 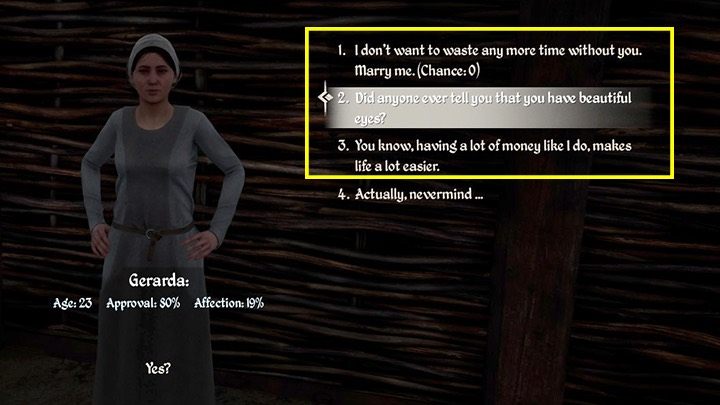 You will immediately have the option to propose regardless of the current affection level, but don't select it until your chances (displayed at the end in the bracket) are above 50%. First you need to carry out a fairly lengthy courtship process to increase the affection rating. Keep in mind that, just like with the approval rating, dialogue options can only be used once in a while.

In general, you should avoid bragging and self-glorification, and instead compliment the woman's appearance and dedication to her work. You should also act within reason and avoid situations such as inviting women to lunch by the river in the middle of winter. Telling your chosen lady that she is "strong as a boar" is very effective, unless you're trying to court the craftswoman. Mentioning flowers is also a good idea.

Remember, your wife is not assigned to you permanently. If you fail to provide her with a warm home and a crate filled with food, she will leave you.