In this part of the Medieval Dynasty game guide you will learn about the Dynasty Reputation system. We also elaborate on the NPC mechanic known as approval and its functions. We provide information on how to increase NPC approval ratings and how to gain more Dynasty Reputation points.

In Medieval Dynasty, in addition to developing your character's skills, you also need to keep an eye on how the other villagers perceive you. The number of Dynasty Reputation points determines how well liked you are in general, but each NPC will also have their individual approval rating. Increasing these values is crucial to developing your own settlement. 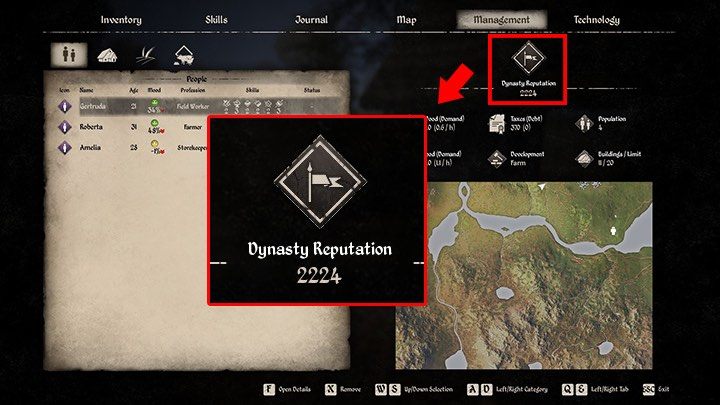 Dynasty reputation points determine your social status and popularity. They indicate the number of buildings you can build and how many villagers may join your settlements. You can check your current points in the menu, in the "management" tab. During the course of the game, you may earn or lose Dynasty Reputation points.

You can earn a significant amount of points by completing the main story quests. You'll get fewer points for completing side quests. Reputation is lost if you are caught stealing or by failing to complete side quests. If a quest does not list a specific amount of time to complete it, e.g. 8 hours, you will need to finish it before the end of the current season, which lasts three days. 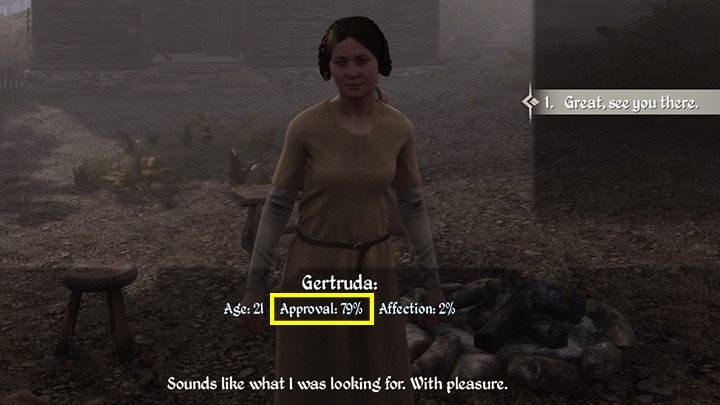 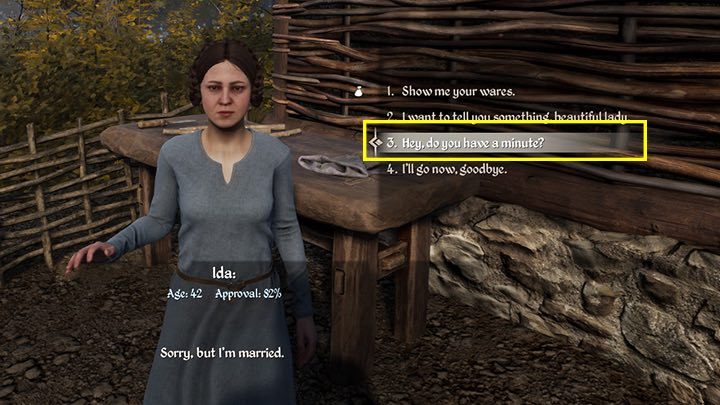 Their approval rating is affected by discussing topics unrelated to quest opportunities. To start a conversation that will influence the NPC's approval, select the phrase: "Hey, do you have a minute?".

Depending on which particular questions you ask, the person's approval rating may increase or decrease. Factors such as the current weather, the time of year and the given NPC's job (field worker, craftsman or hunter) influence how they will react to the dialogue options you select. Sometimes the NPC will be indifferent to your choices, but usually their approval rating will increase or decrease by either 2.5 or 10%.

Remember that you will have to wait some time after each conversation before you will be able to talk to the person again, meaning that you won't be able to immediately correct your mistakes by trial and error. If you really care about increasing a specific NPC's approval rating, save your game before initiating a conversation.

Residents usually react well to the general greeting ("How have you been lately?") and discussing the weather, unless you make positive remarks about downpours and winter, though you might encounter some exceptions. For example, peasants working in the fields have more free time during the winter, which they often enjoy.