This whole part of the mission will take place inside the flak tower, so I don't think you need a map here, because it wouldn't do you any good. As for the task, you will have to take part in some very difficult fights. You'll encounter a lot of armored soldiers and German officers. You will also have to avoid a soldier equipped with a rocket launcher. He's very hard to spot, so you must be extremely careful in order to survive. Additionally, enemy soldiers will use a lot of grenades to kill you. Avoid them at all costs.

You will have to choose between two different landing zones. I've decided to proceed with the safer landing, however you will have to kill a lot of soldiers to reach your target area. Alternatively you could try and land in a very difficult spot, but it would be a lot easier to reach your goal from there. Check the final description for this task if you want to find out more about this second route. As for the landing, you will have to choose a very small ledge (screen). You should consider increasing your speed, because you are going to be attacked by two snipers. You won't have to worry about them, although make sure that you don't receive too many hits. 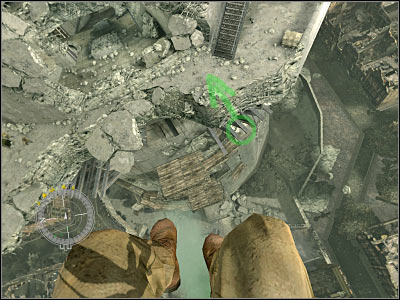 Once you've safely landed, you may consider killing both snipers. The first one will be located beneath your current position (screen). If you want to kill the second one as well, you would have to be standing at the other end of this ledge. It's not necessary, though, especially since they will reappear on the map once you've made a next jump. You won't have to use any ladders here. Just make sure that you've returned to the landing site. 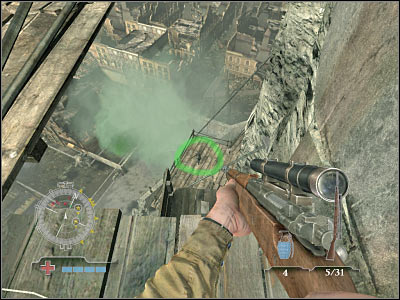 You should be able to locate a large entrance here. Head on to the flak tower. Start off by moving forward. There are some medkits on your left. You will be able to go back for them if you had suffered some injuries later during the course of the game. You will also be able to wait for allied soldiers to show up, however they will assist you only in a small way. The success of this mission depends entirely on your actions. 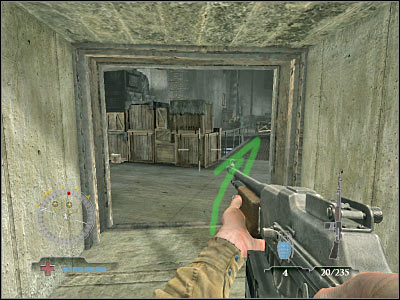 Start off by heading towards the other end of this small bridge. It shouldn't be too difficult, especially since you'll only encounter a few soldiers along the way. You will have to get ready for other fights, though. Make sure that you have good weapons with a lot of ammo. 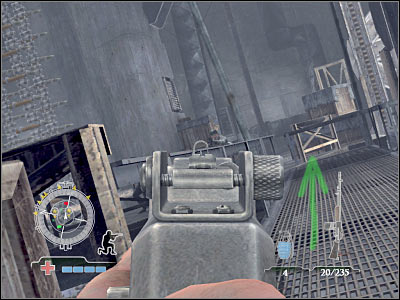 There's a large elevator to your left which is being used to transport ammunition. You will have to go around it. It's not that easy as it sounds. You are going to be attacked by soldiers with better armors and more powerful guns. Make sure that you're using cover to avoid them. You will also have to watch out for grenades, especially since enemy soldiers will be using them all the time. 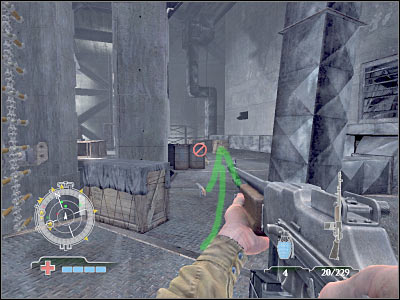 Before you decide to proceed any further, you will have to turn left. Try locating a small balcony. There's a guy with a rocket launcher there and you must kill him as soon as possible. Use the sniper rifle here. I would recommend aiming at his legs or hands. It's very important that he doesn't fight back, because he could have killed you easily. Make sure that he's dead before proceeding to your target. 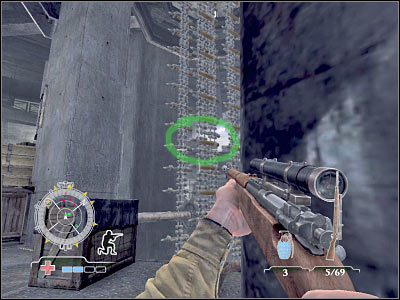 Keep pushing forward. You will have to kill a lot of well equipped soldiers here. They'll also be organized, so make sure to check your compass from time to time. Choose longer bursts, instead of single shots. You should also be using grenades, especially if you have to take out larger groups of enemy units. You will have to get closer to the stairs (screen). 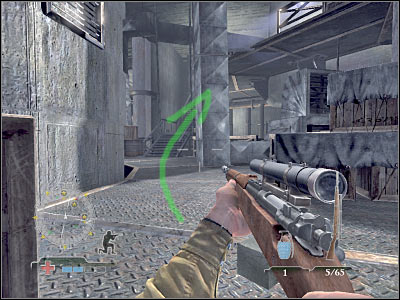