You shouldn't have any major problems with this first objective. Your task here will be to place explosive charges on three different artillery guns. They're located on top of the flak tower, so you won't have to go inside to find them. You will encounter a few soldiers along the way, however they won't be too difficult too kill. Additionally, you won't have to worry about any snipers. 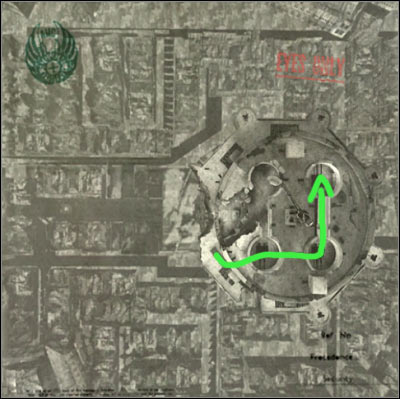 You won't be attacked by anyone while you're still in the air, so you will have an opportunity to score a more precise landing. Your objective will be to land inside a very small entrance. Take a closer look at the screen if you're having some problems finding it (it's located near one of the artillery guns). Remember that you will receive a bonus (Skill Drop) only if you land INSIDE the tower. It's going to be tricky, so try slowing down before you touch the ground. Thankfully, this area won't be guarded by anyone. 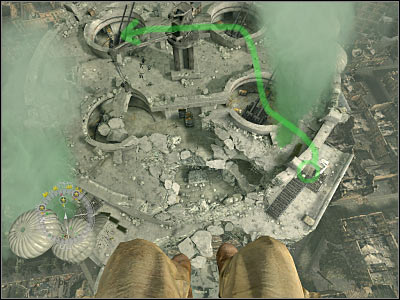 As you've probably noticed by now, you're standing very close to your first target. You will be able to find an artillery gun just around the corner. Lean out carefully and start shooting at the enemy soldiers. There's going to be only a few of them here, so there's nothing you should be worried about. They will also play very passively, so you won't encounter any dangerous situations. Use the sniper rifle if you don't want to enter this area right away. 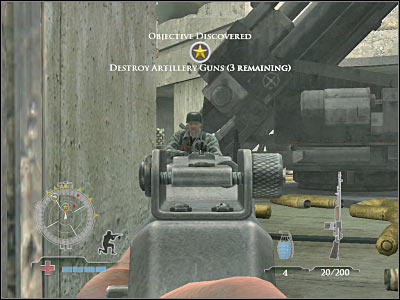 You shouldn't have to spend here more than 40-50 seconds, especially since you'll be able to use your compass to locate enemy troops. Nevertheless, make sure that you leave no one behind. Head on to the artillery gun. Locate a glowing area and place an explosive charge there. Move back and wait for an explosion to occur. 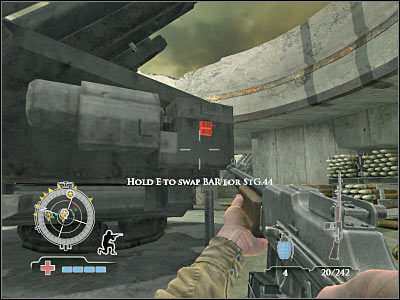 The second artillery gun will be located to the east. You won't have to go back anywhere to reach it, because there's a small corridor leading to it. Hide behind one of the nearby walls. Try and take out at least a few enemy soldiers from here. Once they're gone, move closer and deal with the remaining enemy units. Some of the enemy soldiers may be hiding to your left. Make sure that they don't surprise you. 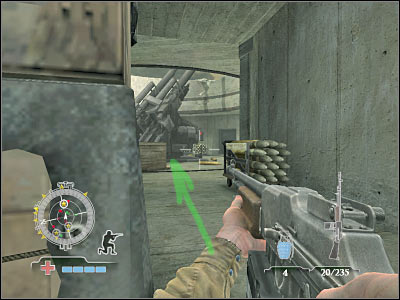 Now you will have to blow up this second gun, but I'm sure that you've figured this out on your own. Once you've set the charge, move back to a safe distance. The final artillery gun can be found to the north. Once again, you will have to choose a small corridor (screen) in order to reach it. Take out all enemy soldiers. You should consider shooting at them from a larger distance. Place the charge and destroy the gun. It will allow you to fulfill this mission objective. 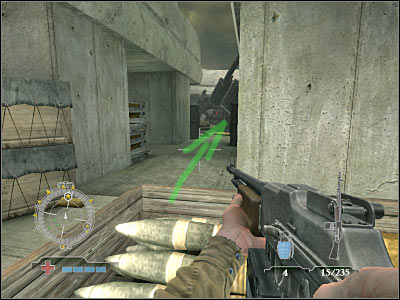