Once you've killed all enemy soldiers, you will have to locate the pressure valve. Place an explosive charge on it. You won't have to exit the room. You may as well be standing in one of the corners, because you won't receive any injuries from the explosion. Now for the hard part - reaching the second pressure valve. 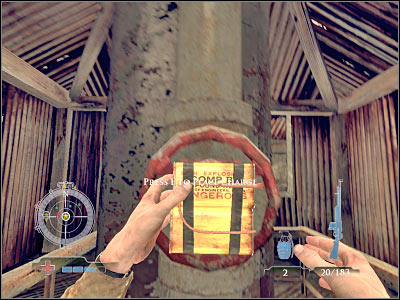 Exit the building and locate a large staircase which leads to the lower level. You will have to kill at least 2-4 enemy soldiers from here. I wouldn't recommend using any grenades, because there's a high probability that it will bounce off and land somewhere else. Once you've killed all German soldiers, start running towards the lower platform. Turn left and hide behind some of the nearby crates. Turn around, so you'll be facing your current target area. 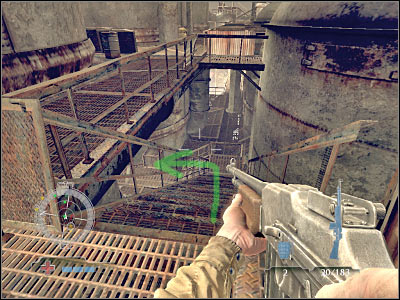 Enemy soldiers will be standing to the south-west from your current position. I wouldn't recommend leaving this cover area just yet. Try eliminating all of them from here. You can use a sniper rifle during these fights, especially since the German soldiers will try to kill your allies instead of your main characters. Watch out for grenades! 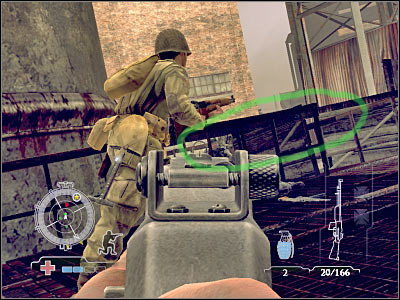 When you're certain that the area has been secured, start moving towards your target. Check the screen if you're having some difficulties finding it. You should also be on a look out for more ammunition. You will have to use a wooden ledge to get to the second pressure valve. Once you're inside, turn around quickly. You will have to deal with reinforcements. 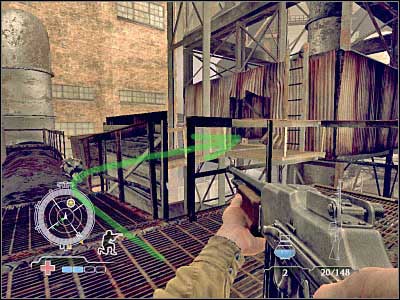 Enemy soldiers will probably appear somewhere near the stairs. You've used them before, so you shouldn't have any major problems finding them. Sadly, you will have to kill most of them in order to be able to proceed with the final part of this task. Eliminate them from a larger distance. Obviously you should be leaning out. Your objective will be to repel few waves of enemy attacks. You could also try and proceed with the mission earlier. You would have to wait for the situation to calm down a little. Nevertheless, I wouldn't recommend going to the valve too early. 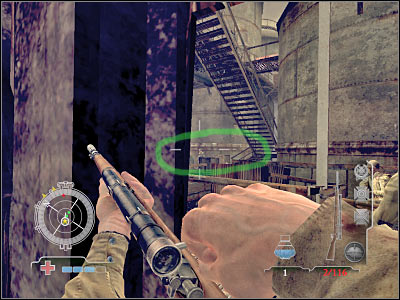 Your final goal here will be to place an explosive charge on the second pressure valve which is located near the entrance. Killing enemy soldiers was very important, because you would have been exposed to enemy fire while trying to set the charge. You won't have to leave this room. Just make sure that you're standing in a corner. 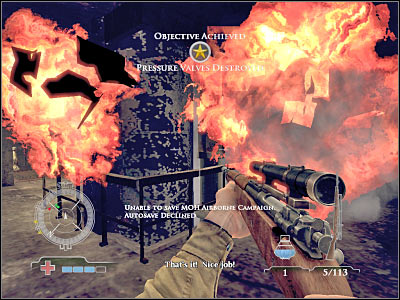