This objective will require you to land in a very difficult spot (that is, if you want to receive another Skill Drop bonus). As a result, you will have to be very quick in eliminating two snipers. After that, it's going to get a lot easier, especially since you'll be able to take a shortcut to the first pressure valve. 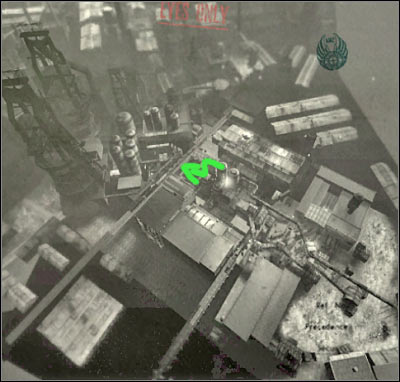 I would recommend that you choose the middle tank for your landing zone. Sadly, one of the nearby tanks is going to be occupied by an enemy sniper. As a result, you won't be allowed to slow down your approach. As for the landing, you will have to go at least for the flared one. You could also try landing somewhere else, however you wouldn't receive a Skill Drop bonus. The decision is up to you and even if you land somewhere else, you should consider getting closer to all four tanks. 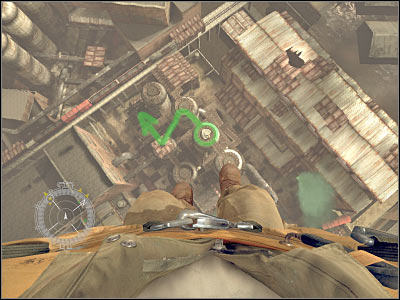 Like I've said before, you will have to score a perfect landing here. This is very important, because you'll have to kill an enemy sniper right away. If you can't use your weapon right away, try dodging his attacks. Once he's gone, you'll have some time to cool down, however you should know that the area is not safe. 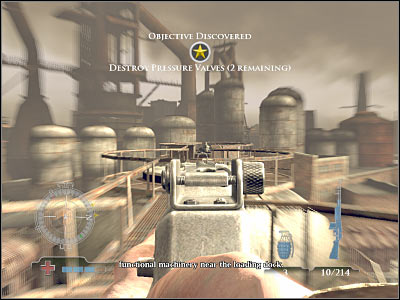 Start off by going towards the nearby tank (the same one that was being guarded by a killed sniper). You shouldn't be standing here. Keep a crouching stance until you've dealt with this new problem. There's a second sniper in this area. He is standing to the west from your current position. You may consider using a machine gun against him, especially since there's going to be a small distance separating you from each other. Once he's gone, check the area for other snipers. They should already be dead, but I'd still recommend that you make sure no one can harm you. 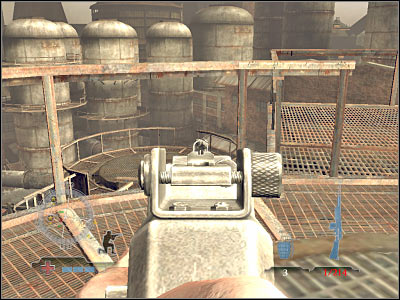 There are many different routes leading to your current destination. I would recommend that you choose a large pipe which should be located on your left. You will have to jump over a small barrier, although it's not a problem. Head on to the first pressure valve. You've got two choices here. You can either throw a grenade inside (there's a small hole in the roof) or try and attack German soldiers with your gun. 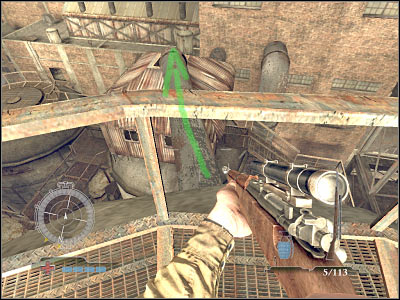 This room will be occupied by two or three soldiers. If you decide to land near them, you would have to kill them almost instantly. Additionally, make sure that no one from the lower platforms starts firing at you. We'll deal with these problems later. Now you will have to make sure that this small room has been secured. 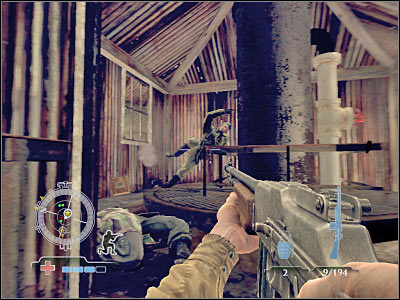