This is going to be a very similar task to one of the previous objectives of this mission. Once again, you will have to use Gammon grenades in order to destroy an enemy tank. You will have to be very careful at the start, because the tank will be able to attack you. Thankfully, you won't have to about your teammates and you will be able to hide inside a building.

You'll start the game in a very bad spot. Don't even think about standing up or leaning out, because the tank would immediately attack you and your main character would have probably died. Instead, turn around and hide behind a nearest building. You'll find a crate with Gammon grenades here. I assume that you have used up previously taken grenades, so use the create to pick up more of these objects. 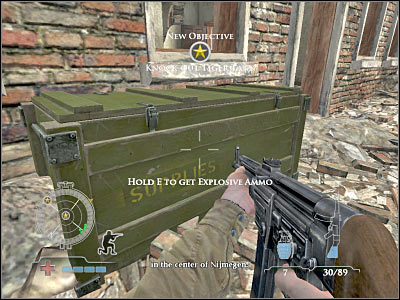 You can attack the tank by choosing one of two different approach methods. If you want to risk your life, you could go back to the starting area. You would have to make sure that the tank is attacking someone else. Next, you would have to lean out and throw a couple of grenades at it. You would also have to be quick about it. You can't let the tank to fire at you. 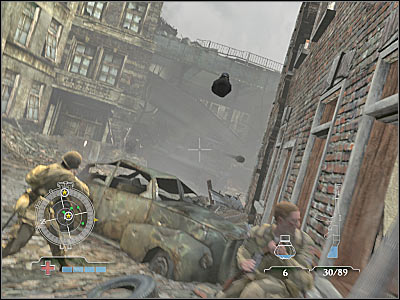 If you don't want to have any serious problems with this mission objective, you will have to enter the building. The entrance is to the right (if you're standing in front of the crate). Look at the screen, because that's where you'll have to be standing. This is very important. Don't move to your right, because you would have been exposed to enemy fire there. Start throwing grenades at the tank. These actions don't have to be too precise. Just make sure that grenades explode somewhere near the tank and you'll destroy it very soon. 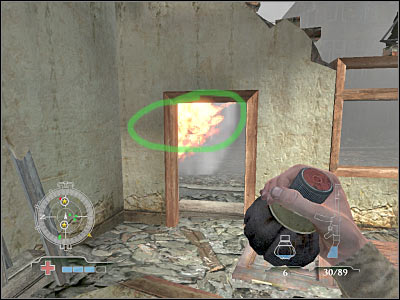