Try eliminating at least 2-3 enemy soldiers from here. They will probably be trying to kill your teammates, so you should be able to surprise them. You could also take part in the assault on this new room (screen), however you would have to deal with a very large group of enemy soldiers. As a result, you shouldn't risk too much, especially since your teammates won't secure this area without your help. 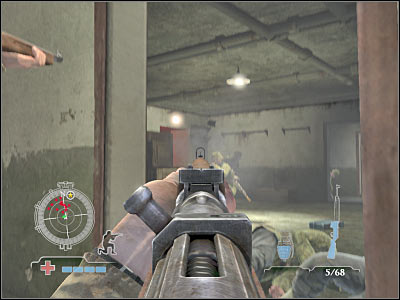 Once you've killed all visible units, head on to a new room. There's a small corridor on your right, but you may as well ignore it. If you hear that someone is there, try using one of the carried grenades. Focus your attention on the left room. You should also wait for your colleagues to show up, because you stand great chances of survival as a team. 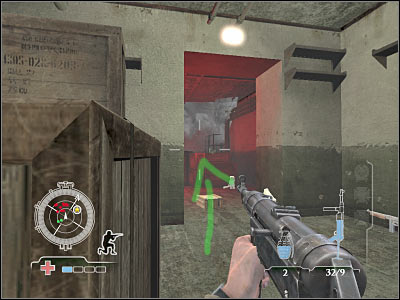 Try entering this room. It's going to be quite dark here, so you will have to be very careful. Some of the enemy soldiers may be hiding to your right. There are some barrels there and they are probably using it for cover. Once they're gone, stand in front of the only exit. More enemy soldiers will arrive here, however I'm sure that you'll kill them without losing too much health, especially since they'll be moving in smaller groups. 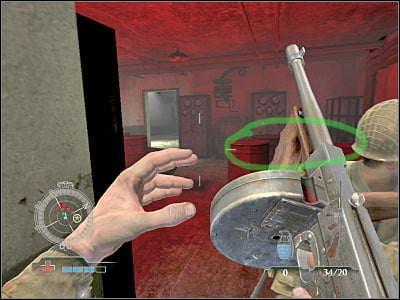 Try getting closer to this entrance, however don't leave the room just yet. The first group should arrive from the right, although you should be more focused on the left door. Check the screen if you want to find out which one it is. Eliminate everyone who decides to show up there. Remember that you can use your compass to find enemy troops. 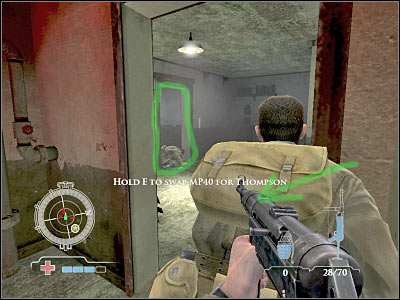 The final group will be hiding to your right. You'll be dealing with single opponents and smaller groups here, so you don't have to waste your grenades on them. Leaning out show do the trick. Once they're gone, go back to some of the previous rooms. Search for ammunition, grenades and medkits. You can also visit a dining hall, however it would be defended by one of the soldiers. Head on to your target. A new cut-scene is going to be displayed on your screen. 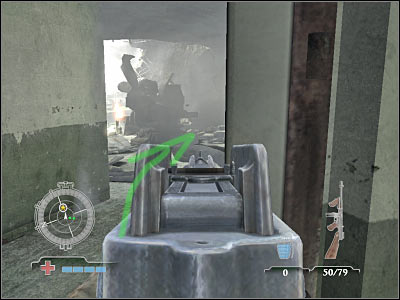