This isn't going to be a very difficult challenge, however you must remain careful, especially while trying to get to the ammo cache. You will be attacked from many different directions, enemy soldiers will be moving in larger groups and they also like throwing grenades, so you will have to avoid a lot of explosions. The final part of this mission will also require you to avoid hitting the ammo cache, but that's rather simple and you will receive some backup from your allies. 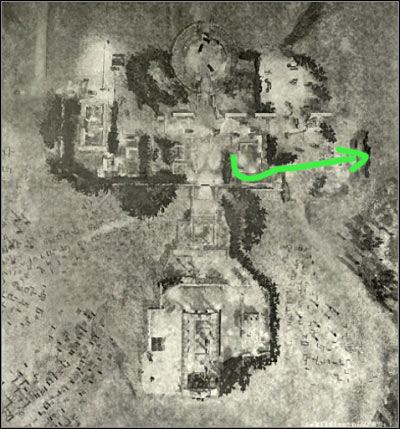 This time you will have to be very precise while trying to land on the ground. Don't worry that it seems far from your current objective, because once you go past the ruins it's going to be much easier to get there. The landing zone may be occupied by a single enemy soldier. Just as before, you would have to land on his head in order to get rid of him without any major problems. You will have to land inside a small room in order to receive a Skill Drop bonus! 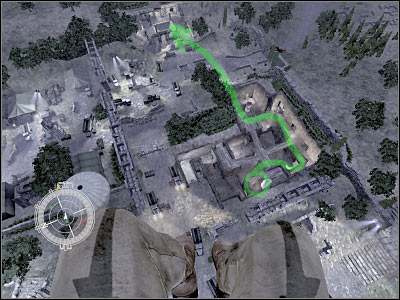 Once you've landed and disposed of the soldier, exit this small room. You should consider heading south. Be careful, though. This corridor is probably guarded by a few enemy soldiers. You will have to get rid of them before moving on any further. Once they're gone, go south. You should be able to reach a staircase. Use the stairs to go to the upper level. 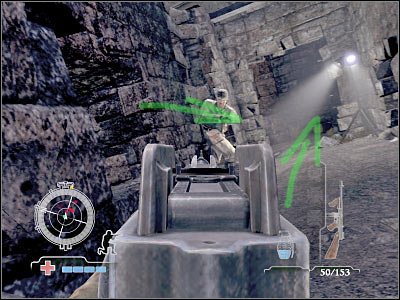 You will have to be extremely careful here, because there is a large group of enemy soldiers to the north. I wouldn't recommend attacking them, especially since that's not your main target for the moment. Also, you shouldn't stay in one spot for too long, because German soldiers are using grenades all the time and you wouldn't be able to kick back all of these objects. 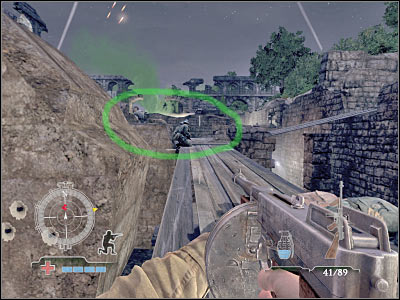