You won't have to spend too much time trying to fulfill this particular mission objective, especially if you decide to land in the middle of the encampment. This is going to be a little risky, but I'm sure that you'll be just fine and you will also receive some assistance from other allied soldiers. Just make sure that you leave the landing zone before enemy units start firing at you. Otherwise you would have to avoid them, as well as several grenades. 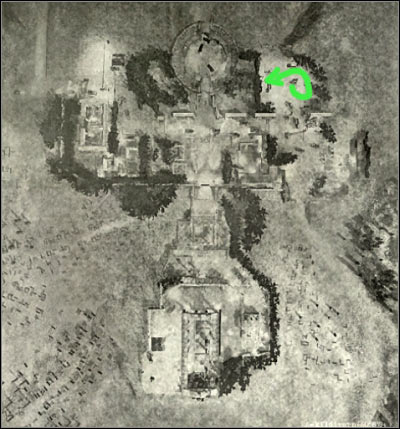 This time you should consider landing inside the enemy camp. There's a small tower there. I'm sure that you won't have any problems finding it. If you manage to land inside the tower, you will be rewarded with a Skill Drop. I've already said before that the area won't be safe. You would be attacked by most of the enemy soldiers and they would probably use grenades to flush you out. As a result, it should be your top priority to get out of there in time. 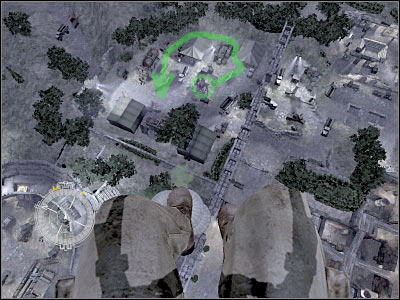 There are two fuel tanks inside the camp. We'll start with the one to the east. Once you're safely on the ground, start running towards the south-eastern section of the map. Make sure that you find a good cover here, because this will allow you to kill a few soldiers. Thankfully, allied units will appear near the main entrance to the camp, so the enemies won't focus on finding you. 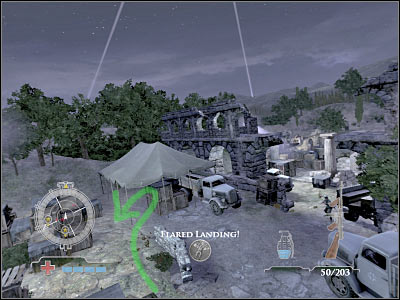 Once you've dealt with the first group of enemy soldiers, try moving to the north. You should be standing close to the eastern side of the camp, because you won't encounter any hostiles there. There are some German units to the left, but you'll be able to surprise them. Use the grenades or the sniper rifle to get rid of the soldiers. You should be quite safe here, but nevertheless I wouldn't recommend standing in the open for too long. 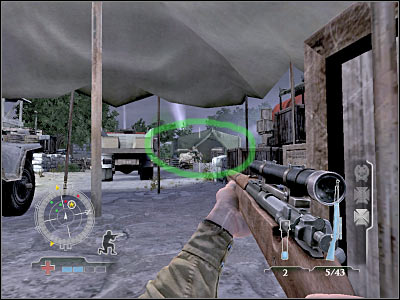 The first fuel tank can be found to the right. Despite what you might think, you won't have to use explosive charges here. Instead, choose a machine gun from the inventory and start shooting at the tank. It will explode after a short while. You will also be rewarded with a possibility of creating an autosave here. Additionally, make sure that no one sees you while you're shooting at the tank. 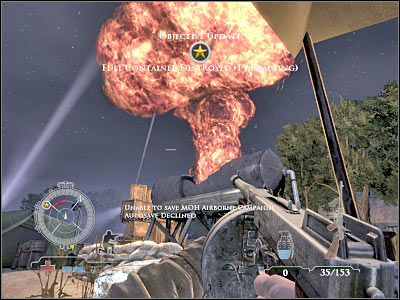 Now you'll only have to reach the second fuel tank which is located to the west. I would recommend that you stay away from the central area of this encampment, because there are a lot of enemy units there. Instead, try going to the north and to the west. You shouldn't encounter any hostile units along the way, however try avoiding grenades and other larger explosions. Once you've destroyed the tank, you will automatically fulfill this mission objective. 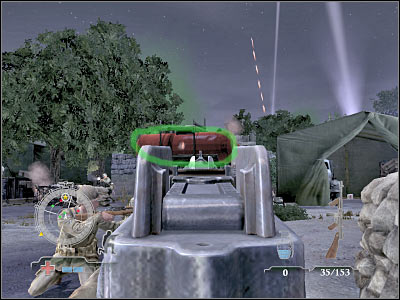