Like I've said before, it would be a good idea to take care of this objective right away (after you successfully destroy the antenna). The tent with the radio station is located nearby and you've already secured most of this area, so you won't have to go through the ruins again. 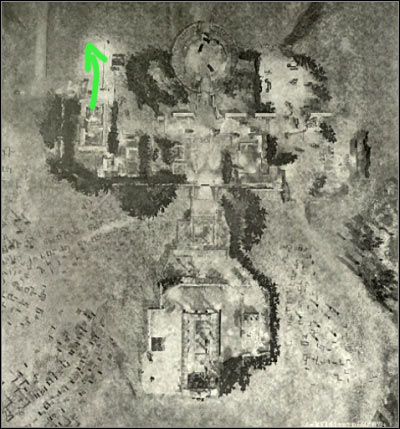 First of all, you will have to go back to the ground floor. It's going to be very easy, however make sure that you don't fall, because you would only lose some health. Thankfully, there's a ladder near the destroyed antenna. Head on to the closed gate. You weren't able to use it before, but now you'll be able to destroy the padlock (by shooting at it). This will also allow some of the allied soldiers to enter this small encampment area. 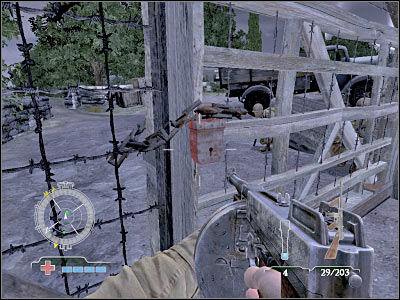 Now you'll be able to proceed with the main part of this short task. The tent with the radio is going to be located at the other end of the camp. It's probably going to be defended by a small group of enemy soldiers. You may consider killing them, however I'd personally recommend using grenades. Remember that you will only have to destroy the radio to fulfill this objective, so make sure that one of the grenades lands inside the tent. Even if someone has survived your attack, it won't matter, because you've completed this task. 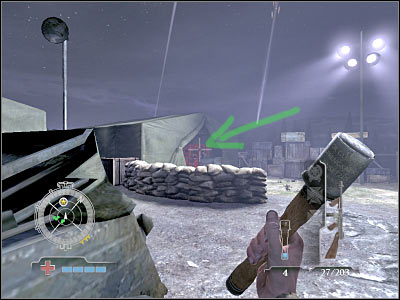