Once you're inside this new room, hide behind a small table. It should be located to your right. You'll also find a medkit there. The officer is hiding somewhere in front of you. Use the machine gun to kill him, however you could also throw a couple of grenades (I would recommend saving them for later, though). Once the officer is dead, wait for a few allied soldiers to show up here. Head on to the left door which leads to the main room of the town hall. 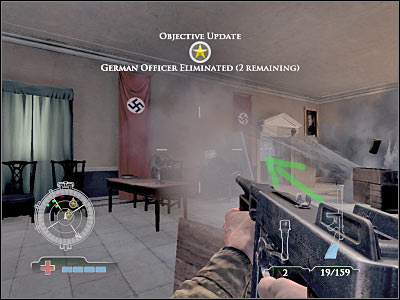 This area may still be guarded by some of the enemy soldiers. Obviously you will have to kill all of them. Don't worry if they're standing at the other side of the room. Once they're gone, use the stairs to get to the upper floor. You could also throw a couple of grenades at the enemy soldiers. This should allow you to secure a nearby heavy machine gun post quite easily. 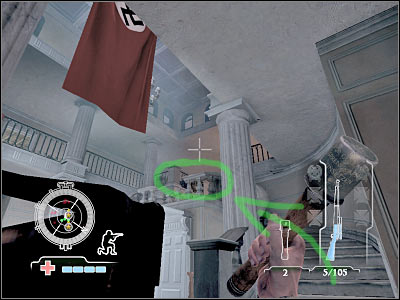 Before you decide to proceed any further, you should hide somewhere near the heavy machine gun post. One of the allied soldiers will use it. You, on the other hand, should consider leaning out in order to get rid of the enemy soldiers. I'm sure that you won't have any major problems here, especially since no one will get closer to your current position. 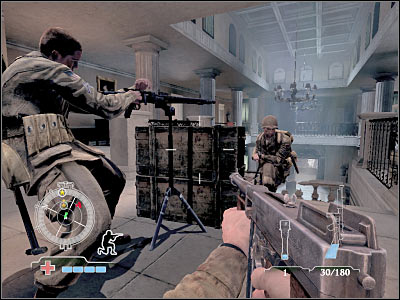 The second German officer is hiding in one of the rooms to your left which is located directly above the room with the first (killed) officer. Just as before, you could use a single grenade to solve this problem quickly, however I would recommend leaning out and shooting at him. He's not wearing any armor, so it's not going to be difficult. Check the surroundings for ammunition and medkits. 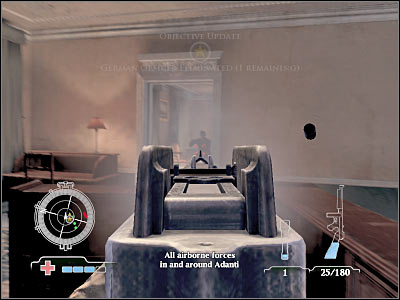 Reaching the roof area isn't going to be that simple, mostly because one of the nearby rooms is being guarded by a very large group of enemy soldiers. It would be wise to use all of the remaining grenades here. Once this is done, enter the room and deal with the survivors. Head on to the right room. Once again, you should wait for backup, before going in alone. 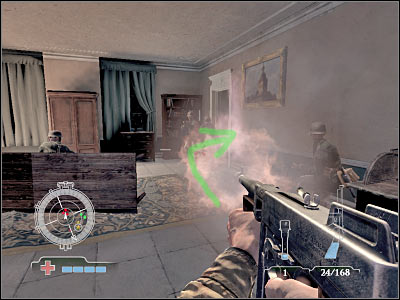 Obviously the roof of this building is going to be occupied by new enemy units. I didn't have any major problems defeating them, because they were standing close to each other, so I could use one of the carried grenades. As for the rest of the enemy soldiers, try shooting at them from a larger distance. Use nearby objects for much needed cover. Sadly, your allies won't help you here, so it's all up to you. Once you've killed the third officer, this mission will come to an end. Congratulations! You've just finished your first singleplayer campaign! 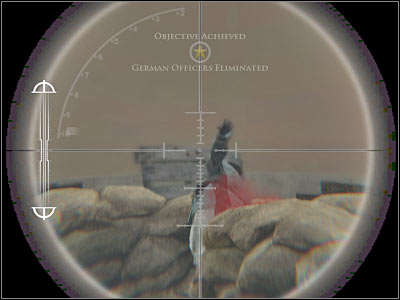