This particular challenge is going to be much more difficult than two of the previously completed tasks. It especially concerns the second part of this mission, because you will have to take part in an assault on a well defended building (town hall). Thankfully, you will be able to clear out the entrance to the town hall, as well as the roof area, from a safe distance. 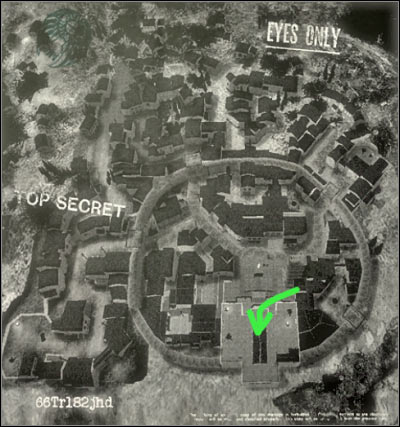 Once again, I'd strongly recommend that you consider starting the game from higher grounds. You should be able to spot a partially destroyed tower. It's going to be located to the north-west of the town hall building. Sadly, the landing is going to be very tricky. The tower has no roof, so you'll have to land inside it. The problem is that the highest platform will be guarded by a single enemy sniper. If you don't want to have any problems with him and you want to score a Skill Drop at the same time, you will have to consider landing on top of him. As a result, you will knock him unconscious. Otherwise you would have some serious problems killing him before he does the same thing. Also, remember that you will receive the bonus only if you land on the platform. You can't land on the brick wall of the tower. 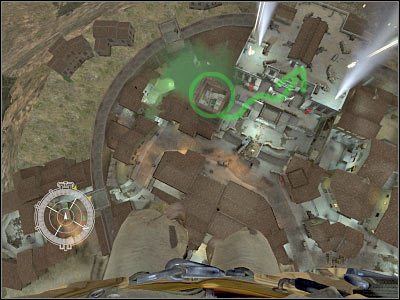 Once you're safely inside the tower, you will have to choose a standard rifle (not the machine gun) from your inventory. There's going to be a small hole to your right. You can see the top of the town hall building from here. Go ahead and kill a few enemy soldiers. They should be helpless against your attacks. You won't have to kill all of them right away. The objective is to make your next fights easier. 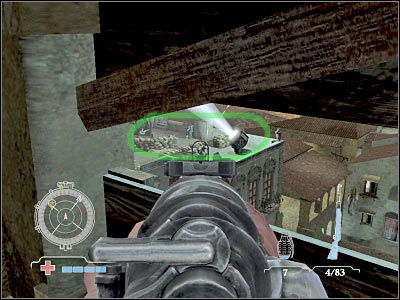 Once the soldiers are gone, try going to the lower level of the tower building. You will have to use the stairs. Be careful, though. This staircase may be guarded by a single enemy unit. You will have to kill this soldier right away, so he doesn't surprise you later during the course of this mission. You will find a new hole. Use it to get rid of a few soldiers. They will be guarding the entrance to the town hall, so try being more thorough this time. Just as before, they will be surprised by your attacks and you won't have to worry about their counterattacks. 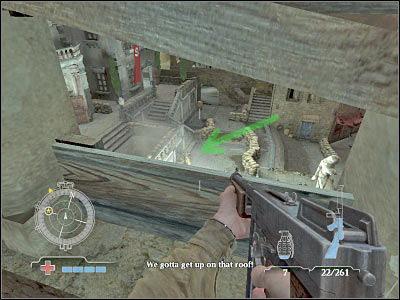