Unlocking: Automatically after the Nomad stops on the desert [Elaaden].

The page contains a walkthrough for the Out of Gas quest. It's one of the Heleus Assignments (side quests) in Mass Effect: Andromeda, and you can start it while on planet Elaaden. This quest involves finding out why the Nomad has stopped, which can happen while exploring the planet. A short investigation lets you establish that the trouble with the vehicle is caused by a scrap metal collector named Hardy. 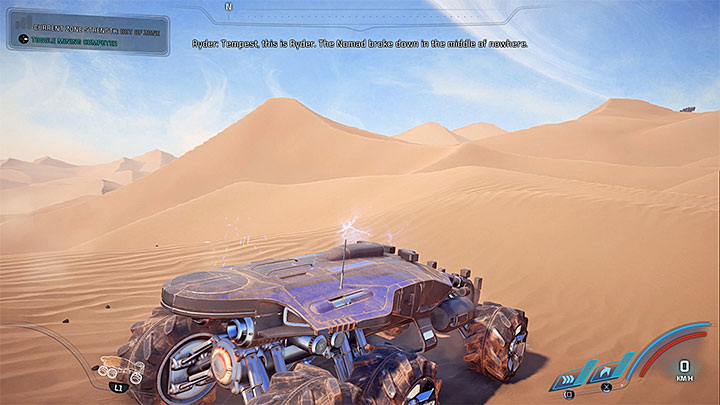 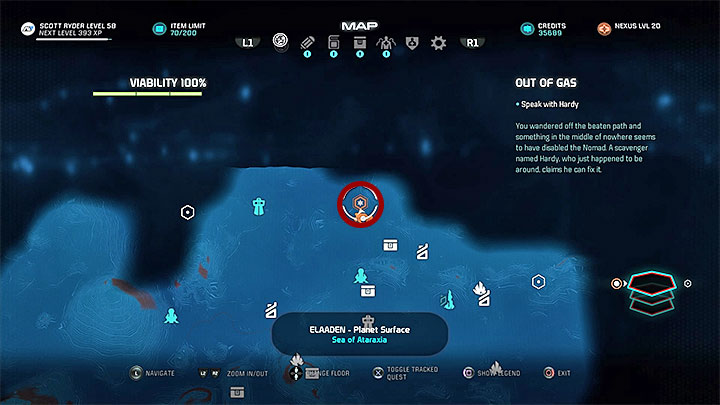 This quest can be unlocked while traversing the desert in the northern part of Elaaden. Keep driving the Nomad until you start experiencing problems with the vehicle (above image). Initial troubles are short but eventually the Nomad will be completely immobilized. The party will be then contacted by Hardy who offers help. His location is shown in the picture 2. 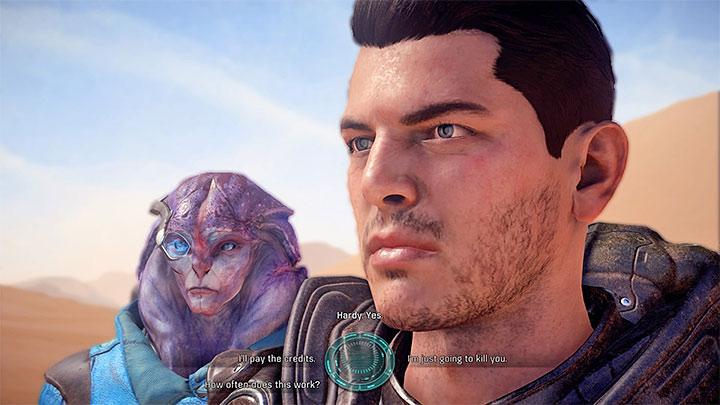 The moment when you make a decision concerning Hardy

Go to the indicated location. You will find Hardy by the scrapped vehicle. During the conversation, it turns out that he immobilized the Nomad on purpose, hoping that you would pay for making "repairs". You have to make decision now. You can:

Regardless of what you did, go back to the Nomad to finish the quest.