Unlocking: Automatically after finishing the From Dust side quest [H-047c].

This page contains a walkthrough for The Remnant Tiller quest. It's one of the Heleus Assignments (side quests) in Mass Effect: Andromeda, and you can start it while on planet H -047c. This quest is connected to investigating a Remnant conservatory where the eponymous device is located. The conservatory resembles vaults from other planets in many respects, and you'll have to fight many battles against bots while exploring it. 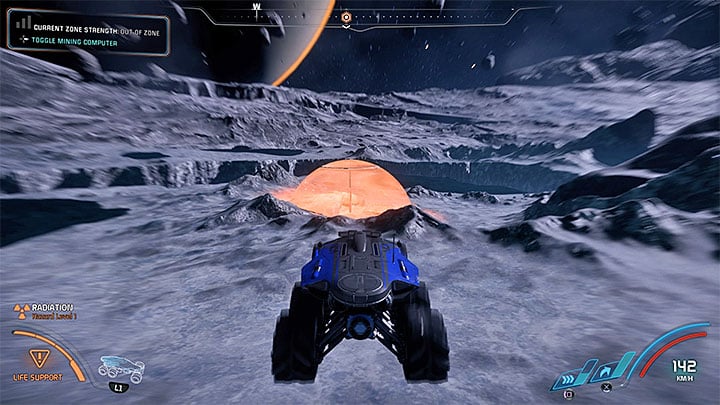 The Remnant conservatory is located inside a dome in the western part of planet H-047c. Having reached it, look for a place to park the Nomad in order to be taken inside the area protected by the energy field. There, locate the vault entrance, use it, and then activate the gravity well. 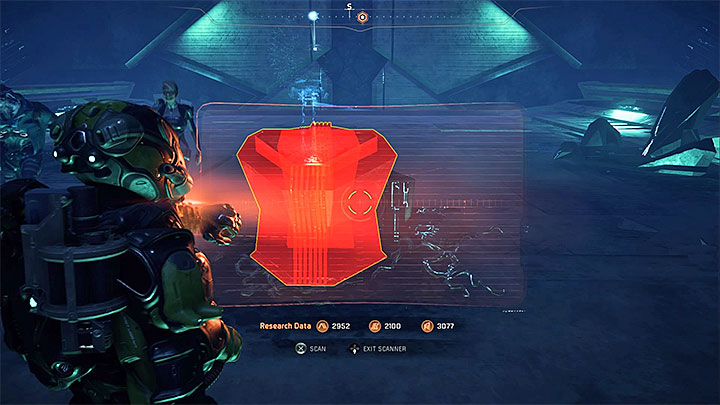 Having used the gravity well, approach the big door to establish that it's locked. Look around for the interactive console. When you use it, a friendly Remnant Observer will appear and help you open the door. Scan the inactive terminal from the picture to order the Observer to take interest in it. This is how you pave your way forward.

Attention - As you explore the conservatory, you might encounter more consoles that summon Observers. Using them won't be necessary to complete the quest, though. Another optional thing is thorough examination of the vault in search of interactive stashes or other objects to scan. 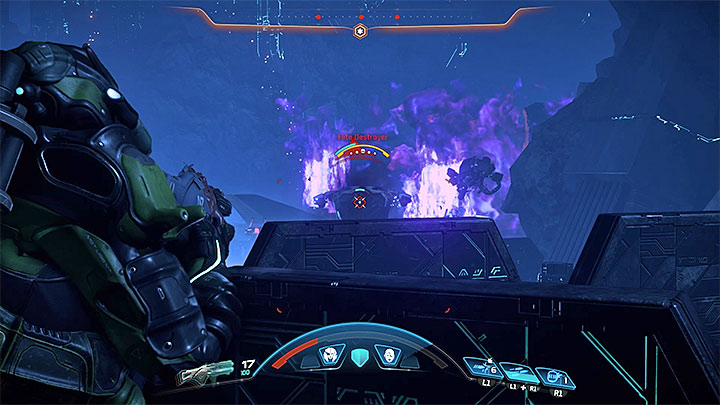 Get rid of the Elite Destroyer's turrets quickly

Start the quite linear exploration of the vault. You will be regularly attacked by the Remnants. First, you have to move through the western part of the vault, then go east and use the automatically extended bridge. Later, go to the eastern corridors and move south.

In the last room of the conservatory, you will have to fight a very challenging duel with an Elite Destroyer. It's an even stronger form of a Destroyer so you have to be careful in order not to die. Try to take out both of the bot's turrets, otherwise its attacks make combat much more difficult. While attacking the Destroyer, focus on taking down its shields first, and then weaken its armor. 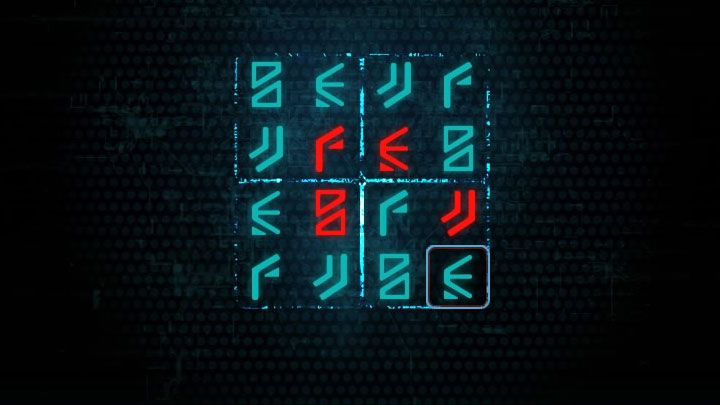 Once the combat is over, approach the console in the southern room of the conservatory. You'll have to solve a symbol puzzle when you activate it. The solution is shown in the above picture. Completing the puzzle ends the quest.