Unlocking: Finding a datapad in one of the mines [H-047c].

The page contains a walkthrough for the From the Dust quest. It's one of the Heleus Assignments (side quests) in Mass Effect: Andromeda, and you can start it while on planet H -047c. This quest involves stopping the criminal activities of a gang that operates on H-047c. You will have to investigate three mines and then infiltrate the main base of those outcasts. This way, you can thwart the aspirations of their leader, Krex. 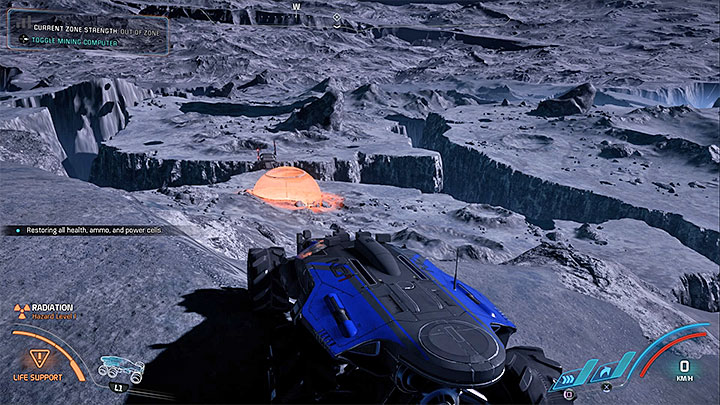 This quest can be unlocked at any moment while exploring the ruined planet H-047c. It is best to start in the place where the Tempest landed. Go to the west from the landing zone and locate the first mine, which is shown in the picture. You can recognize it by the orange protective barrier. Approach the mine and localize a place where you can park the Nomad. This lets you move inside the dome (you can't freely traverse the planet's surface outside of the vehicle). 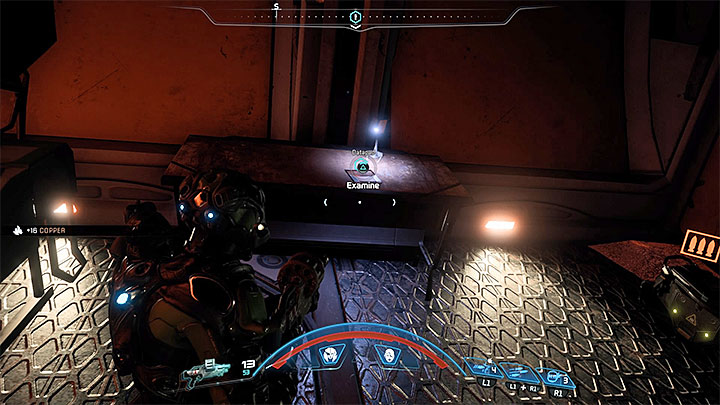 You have to be very careful since there are large groups of well-trained bandits in each mine. Pay special attention to armored opponents because they are more resistant to standard attacks. Try to secure the area first and then localize the datapad. The one in the mine near the Tempest landing zone can be found in the place shown in the picture. Reading the message on the datapad unlocks the quest.

Find elements of the code 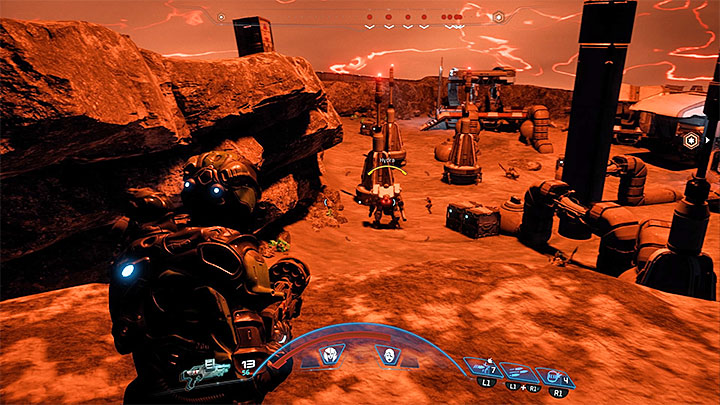 You'll encounter a Hydra in one of the mines

You receive two mission objectives, but you have to take care of this one first. There are two more mines to investigate. They will be automatically marked on the map of H-074c (if you unlocked the quest in the mine located next to the landing zone, the remaining ones can be found to the south of your position). Visit the two mines in any order. There are more challenging battles ahead of you. Watch out especially for the Hydra (avoid its fire and weaken its armor with powerful attacks). There is a datapad to be found in both mines.

Locate the main base of the bandits 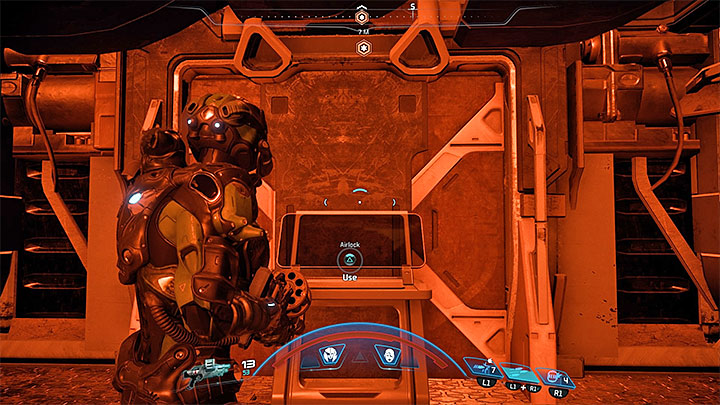 The main base of the outcasts is located in the northeastern part of the map. You can recognize it by two joined domes. First, move inside the bigger one. Like usual, don't charge but carefully eliminate subsequent enemies, especially when they are supported by turrets (shoot them from the distance or from the flanks). Ultimately, you have to make it to the airlock that leads to the second dome. Since you already possess a fragments of the code from the mines, the passage will unlock.

Clear out the main base 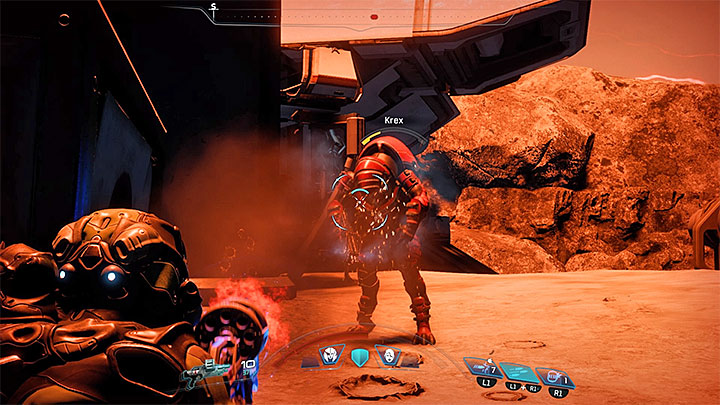 Krex is (a powerful) bandit leader

There is another difficult battle ahead of you - you have to defeat Krex and his subordinates. Watch out for the leader's attacks especially because since he's heavily armored and uses a good weapon. Try to get rid of all krogan first, and then turn your attention to the weaker enemies. 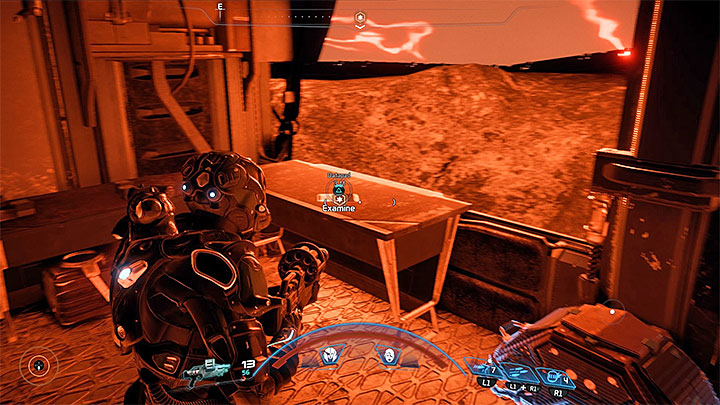 After you've won the battle, examine the surrounding area. Head to the upper floor of the biggest building. Localize the datapad shown in the picture and examine it to learn about a valuable Remnant structure on the planet. This way, you unlock a new side quest, while the ongoing one is finished.