The page contains a walkthrough for the Reformation quest. It's one of the Heleus Assignments (side quests) in Mass Effect: Andromeda, and you can start it while on planet Voeld. This quest is connected to a group of angara that call themselves the Gloryseekers who launch suicide attacks on kett bases. In the course of the quest, you can find one of them and help him fight an uneven battle with the kett. 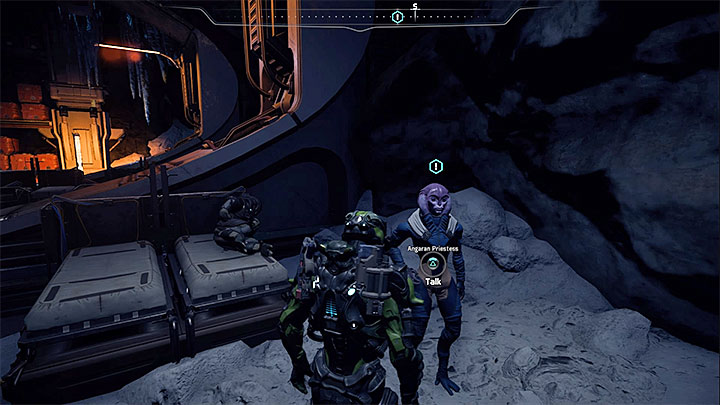 The priestess can be found in the resistance's hideout

You can start this quest during one of your visits on planet Voeld. Head to Angaran Resistance Base located in the western corner of the map (where you started exploration after arriving at Voeld for the first time). You should notice the quest marker. Speak with Roshwar Linn, an angaran priestess. You can accept her blessing and learn more about the Gloryseekers, who believe in reincarnation and launch suicide attacks on kett positions.

The Gloryseekers can be found in Techiix in the center of the map. Speak to the one named Shoraad. You will learn that Tej intends to attack a kett base on his own. 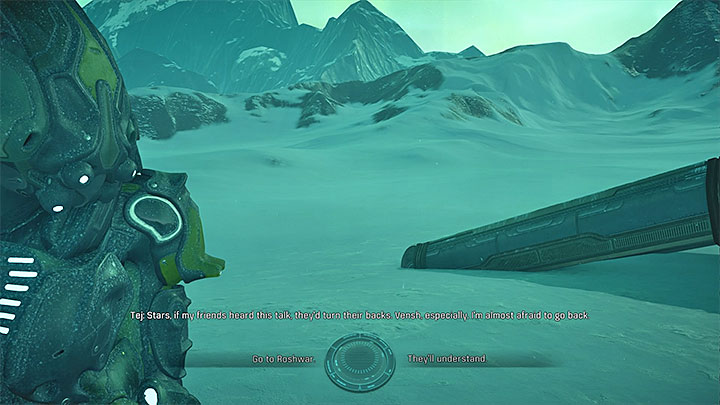 You can advise Tej what he should do

The kett base is located in the eastern part of the planet. Having approached it, attack the kett right away. Getting rid of all enemies shouldn't be too problematic. After the fight, look around the base for Tej and talk to him. You will learn that he now has some doubts. You can advise him what he should do - convince him to go to priestess Roshwar or to return to the Gloryseekers. Regardless of your decision, the quest ends.