How to Unlock: Start the mission Parlay with the Krogan [Elaaden]

This page contains walkthrough of Rising Tensions. This is one of Heleus Assignments (side quest) in Mass Effect: Andromeda and you can pick it up during your stay on Elaaden. This mission is tied to the Rite of Union of one of the Krogan in New Tuchanka colony. 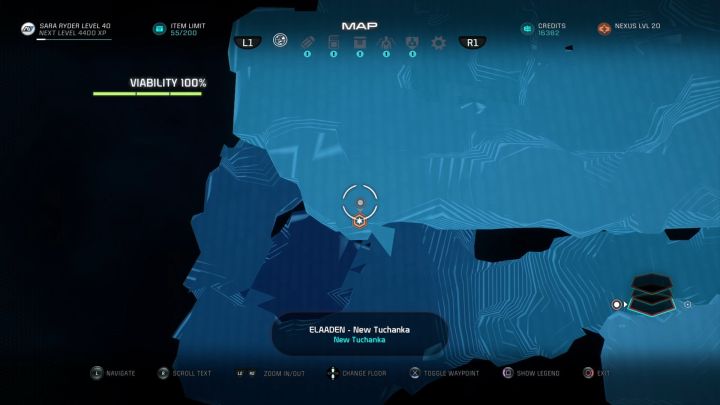 The site where you can start the mission.

This mission becomes available when you start the mission Parlay with the Krogan. In order to launch it you must find a Krogan named Shaman Kortik and talk to him. His location is marked in the picture above.

During the conversation with Shaman Kortik you will learn about the Rite of Union. Your objective is to reach a wild fiend habitat. Travel to the place pointed by the mission navpoint. 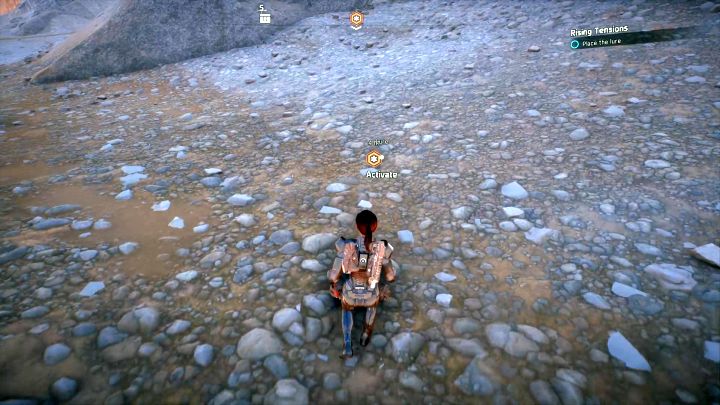 When you enter the wild fiend habitat, place the lure at the designated location.

When you reach the wild fiend habitat you must place the lure at the designated location. When you do it the area will be swarmed with enemies. Run around the spot where you placed the lure. After a short while your main target will arrive.

Defeat and tame the fiend 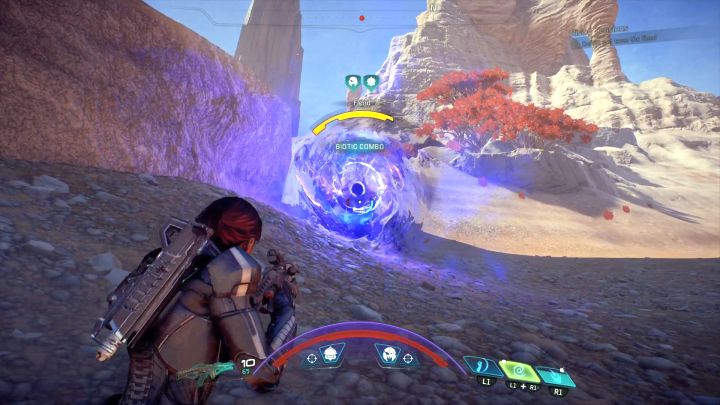 You must reduce the fiend's health to about one third.

After placing the lure and waiting a moment a Fiend will appear in the area. You must reduce its health to about one third - you cannot hurt him any more than that. When you do it the next phase of the mission will begin. 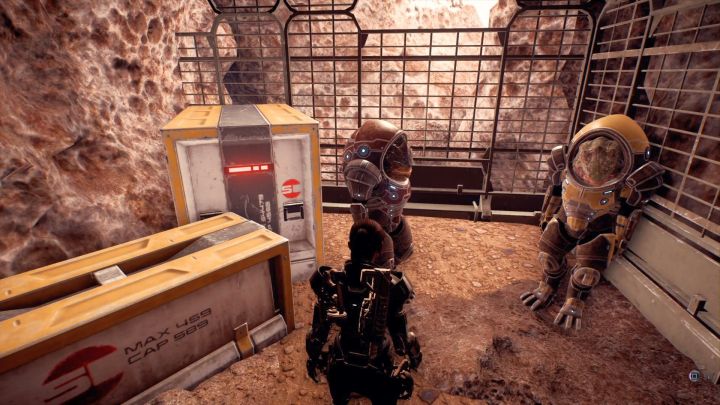 You must talk to Shaman Kortik again in order to inform him of your achievements. After a short conversation you will receive the next mission objective. 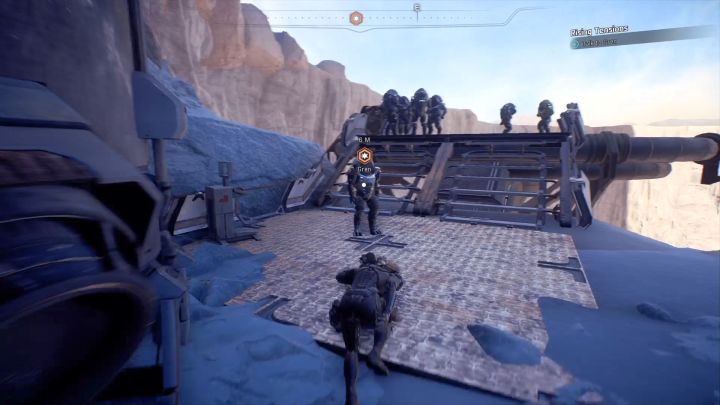 A conversation with Gren now awaits you.

Shaman Kortik will ask you to talk to Gren. Travel to the navpoint in order to reach the stubborn Krogan. During a short conversation you will find out that he is going to participate in the Rite of Union, but only if you agree to accompany him. There is no other option but to agree. Say that you want to head to the arena in order to push the mission forward.

Begin the Rite of Union

When you regain control of your character, you will find yourself by the arena where the Rite of Union is about to begin. Prepare for the fight, because there will be as many as three Fiends to defeat, while you will be basically on your own, without your companions. Fill up the ammo, choose your abilities and step into the arena. 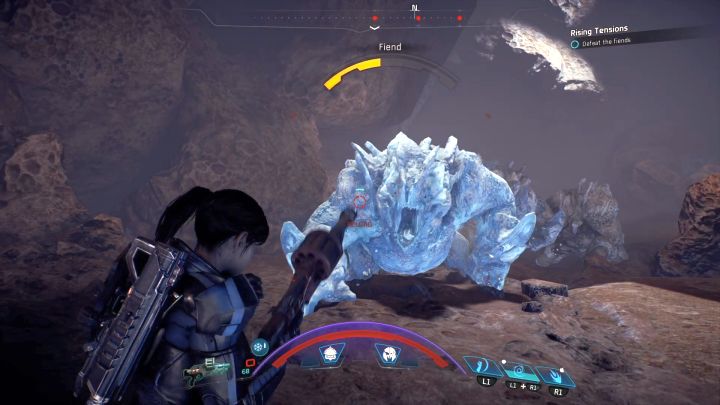 Eliminate the Fiends one at a time.

As you may have now realized, there are three Fiends to defeat, not just one. What's worse, the two Krogan aren't much of a help in this battle. Hence, you must handle the task singlehandedly. The essential thing is to keep moving constantly. Fiends have a powerful attack - if they manage to catch you, they kill you with just one hit, regardless of how much health and shields your character has. Being constantly on the move will make it impossible for them to do that.

Focus your efforts on just one Fiend at a time in order to kill it as soon as possible - this should make the rest of the battle much easier. Next deal with the other two in order to complete this objective.

Speak with Varka and Gren 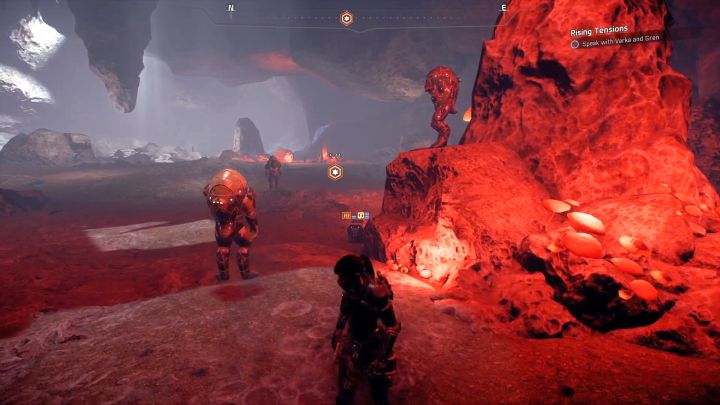 The conversation with Varka and Gren will conclude the mission.

When you defeat all three Fiends you must travel to the navpoint. There a short conversation will take place, after which your character will go outside and the mission will end.