How to Unlock: Complete the mission Conflict in the Colony [Elaaden].

This page contains walkthrough of Parlay with the Krogan mission. This is one of Heleus Assignments (side quests) in Mass Effect: Andromeda which you can start during exploration of the Elaaden planet. In order to unlock this mission, you must complete the mission Conflict in the Colony. 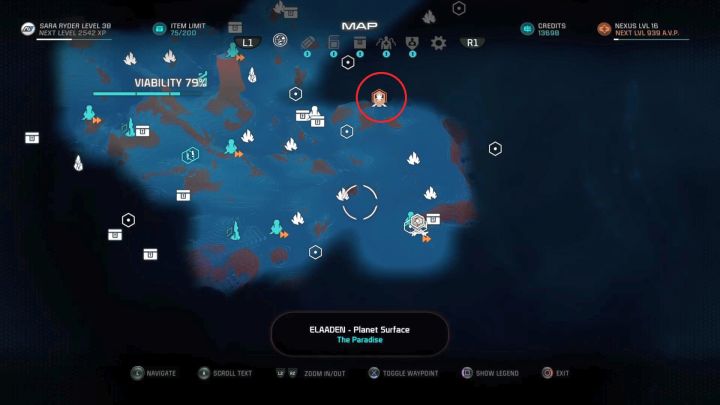 In order to unlock the mission you must complete another one, Conflict in the Colony, described in the chapter Other quests under the Elaaden section. This mission becomes available right after concluding the conversation with the Krogan named Jorgal Strux.

Travel to the Krogan colony 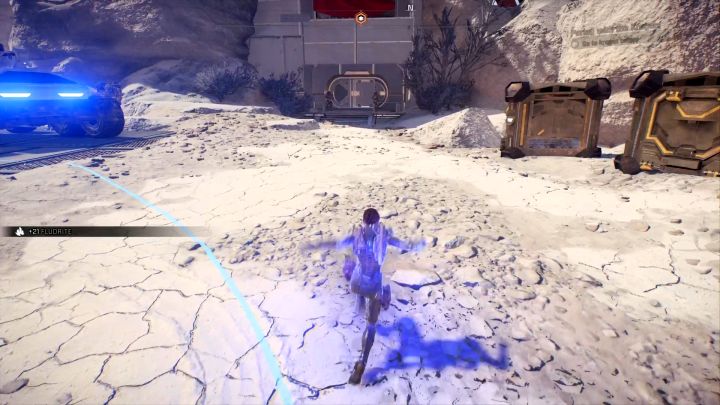 The conversation with Jorgal Strux (during the Conflict in the Colony mission) reveals that Morda, the leader of the Krogan colony on Elaaden, is planning an attack on the Nexus station. Your first step is visiting the colony. You can find it north of the starting point on Elaaden - its exact site is marked in the picture above. As you approach the colony's entrance, you will see a Forward Station set in front of it. Walk toward the door and start a conversation with the guard on the left. A moment later Drack will join the discussion and after a brief conversation you will get access to the Krogan colony.

Travel to the throne room 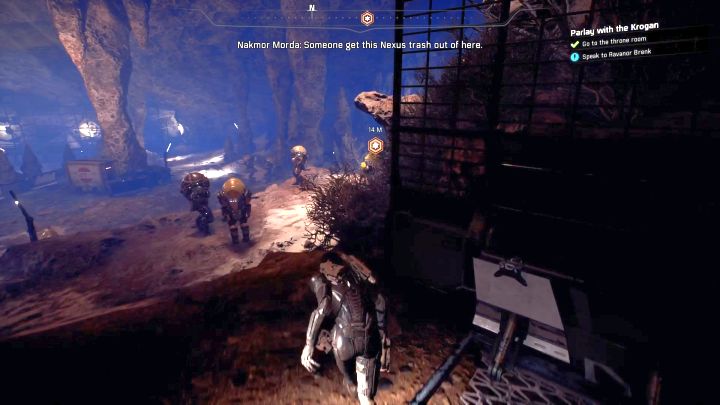 Right next to the throne room.

When you go outside you may want to spare a moment on exploring the location - here you can find several side quests as well as merchants who sell interesting items. When you finish exploration, travel to the throne room. This is located underground - just follow the navpoint and you will soon reach your destination. 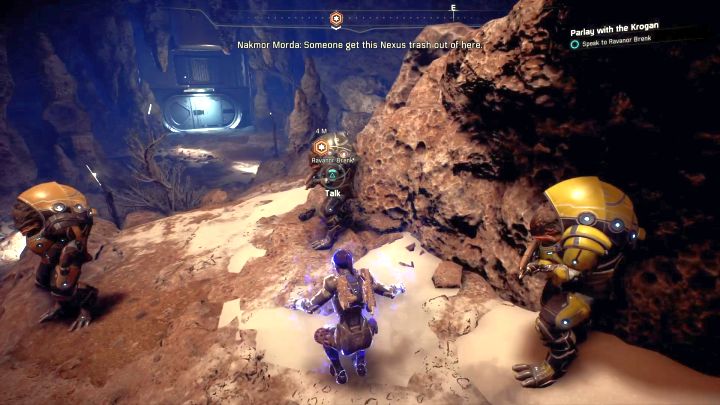 Ravanor Brenk is standing beside the throne room.

Find Brenk and talk to him in private 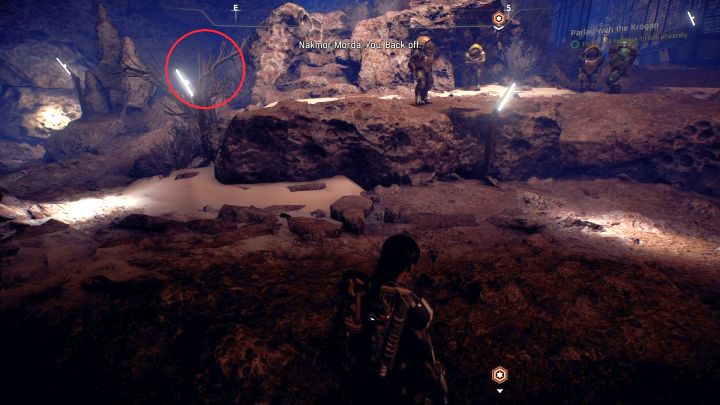 The way to Ravanor Brenk's location is circled in the picture.

Having concluded the conversation with Morda, you must go to meet Brenk in order to talk to him in private. The way to his location is right behind the rock Morda's throne is set upon - the exact location is marked in the picture above. Jump over the rock and jump down to the lower ground, and then follow the navpoint in order to reach Brenk. After a short conversation the task is complete, thus unlocking the next one: Investigate Remnant Derelict.