How to unlock: Automatically after getting closer to the Remnant Architect [Kadara].

Here you can find the walkthrough for Take Down the Architect: Kadara quest. This is one of the Heleus Assignments (side quests) in Mass Effect: Andromeda game. This quest can be unlocked during your stay on Kadara. You must defeat a new Remnant Architect (you might have already fought with this type of enemy on Eos and Voeld).

Warning - This quest doesn't appear in your journal. However, you shouldn't ignore it because by defeating this "boss" you can get a lot of XP. 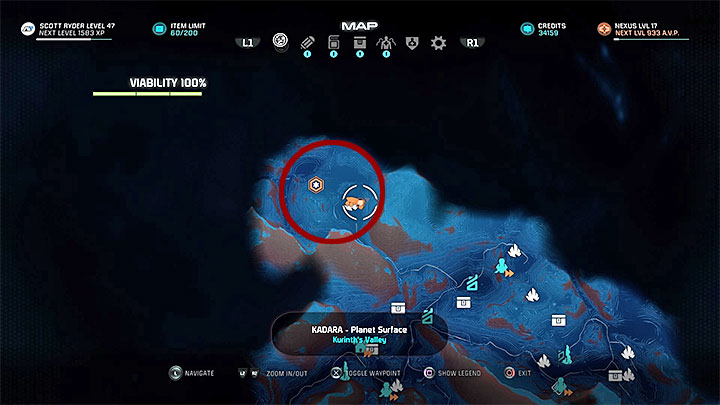 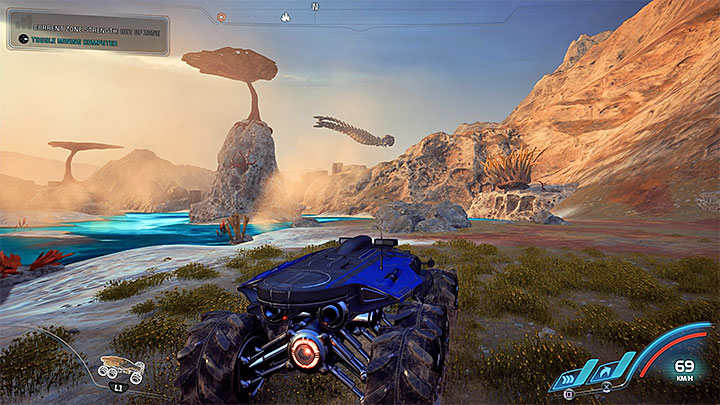 You can fight with the Remnant Architect only after you establish an Andromeda Initiative outpost on Kadara which happens after finishing Settling Kadara side quest. Investigate the area, presented in the picture 1, which can be found in the north-west corner of the map (one of the main roads leads there). When you get there you should, without any problems, find the flying Architect (picture 2). When you get closer to it you start the fight. 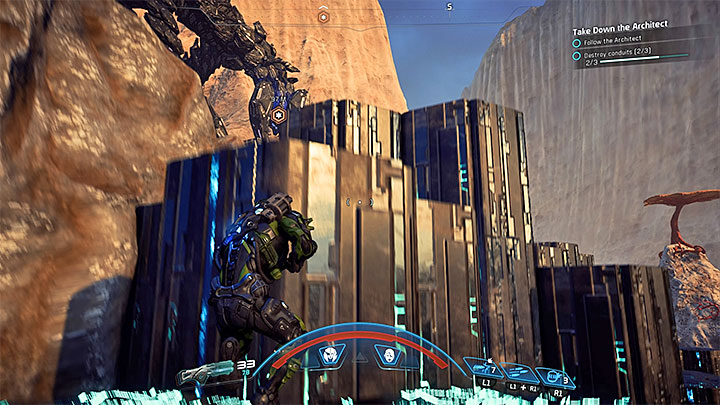 During the fight with the Architect you must avoid staying in the open field at all cost. Sadly, there are no buildings in the area but you can hide behind the protruding blocks (some of them can change their default position). But DO NOT try to complete the fight using only covers because some of Architect's attacks can hurt you even if you are behind a cover. Those are Architect's special attacks where the robot throws a bunch of grenades and sends a some sort of energy wave. Fortunately, both attacks are telegraphed by the boss so, unless you miss the moment, you have a lot of time to run from them (when you are in those situations try to move to other places on the map). If your character can use camouflage you can use it as a substitute for covers or as their complement. 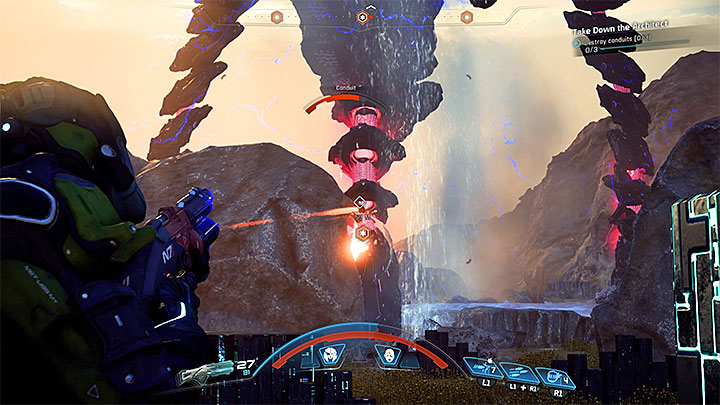 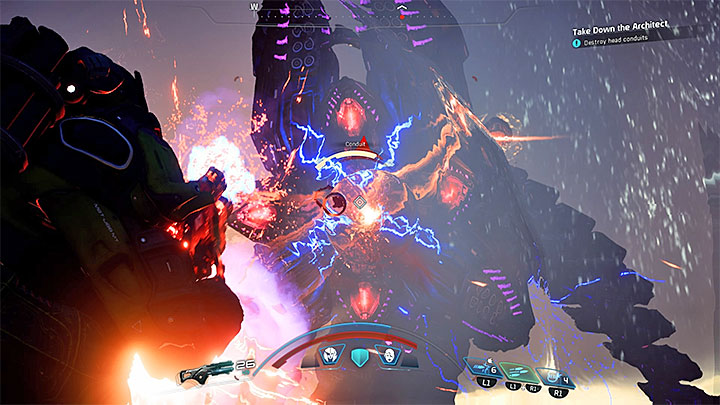 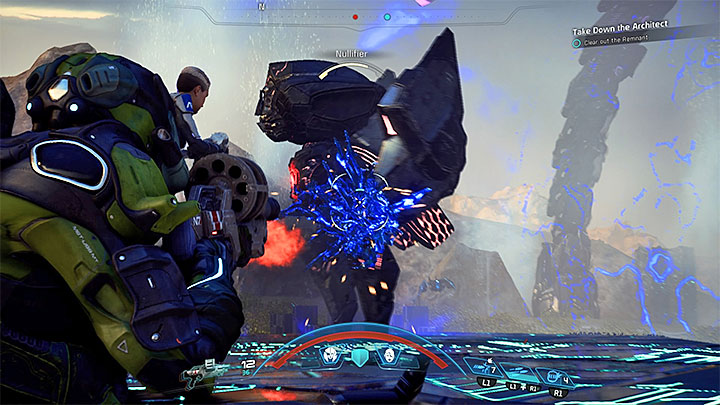 There are two ways in which the fight with the Architect is made more difficult. The first hindrance is when the boss summons smaller Remnant bots (the strongest enemy here are Nullifiers - flank them or use the attacks that can destroy their shields). When this happens you should stop attacking the Architect and take care of the rest of the Remnant. Warning - When you attack "the regular" Remnant remember to dodge the Architect's attacks, especially because he can use his most powerful abilities!

The second hindrance is that after destroying one of his limbs the Architect will start to withdraw. You don't have to use Nomad. Follow him on foot and wait until he "deploys" in a new place to continue the fight. 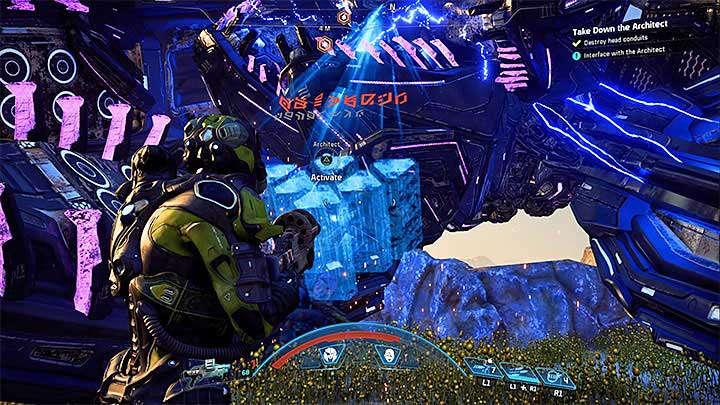 Warning - When you go back on Kadara's orbit you can notice an Architect. Examine it and receive Remnant Data Points.