How to unlock: Read an e-mail sent by Cora Harper [Tempest].

This section contains a walkthrough for Cora Harper: A Foundation, which is one of the "allies and relationships" quests found in Mass Effect: Andromeda. Your previous adventures have inspired Cora to engage in a private project. The mission sees you travel to Eos to join your second-in-command on site.

Note - If you are currently in an intimate relation with a different crew member (around the time the quest becomes active), the quest may become unavailable. 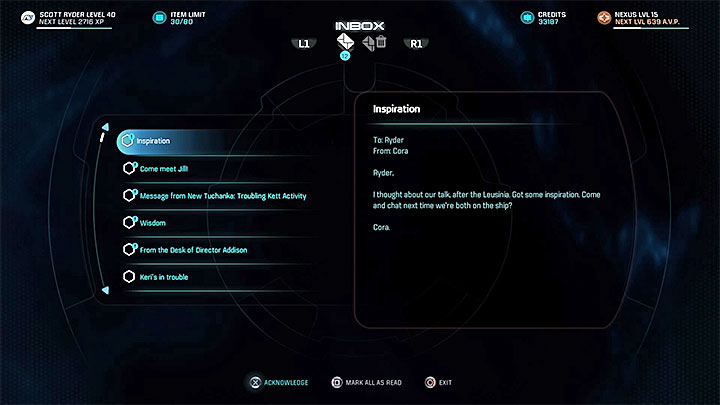 The aftermath of the previous quest

The quest (as well as Cora Harper: At Duty's Edge, its predecessor and prerequisite) becomes active soon after you've managed to score a serious hit upon the kett forces during Hunting the Archon. Your inbox should be updated with an e-mail from Cora, who will ask for a meeting at her dwelling on the Tempest. The conversation will lead to an invitation to join her on Eos.

Go to Eos with Cora 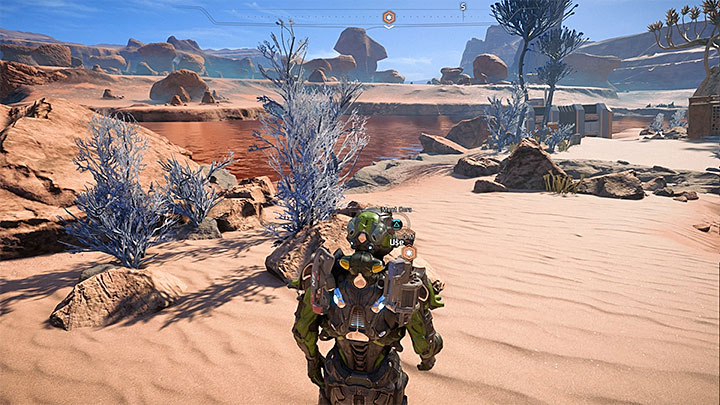 Cora's project leads you to Site 1 on Eos

Travel to Eos and make sure that Cora is added to the Pathfinder's party. Your destination is a water reservoir located next to Site 1: Promise (the base used by the Tempest crew in the initial stage of colonizing Eos). Make your way to the location, then press the interaction button to begin a cut-scene with you and Cora that will conclude this smaller errand.