How to unlock: Speak to Liam [Tempest].

This section contains a walkthrough for Liam Kosta: Community, one of lesser "allies and relationships" quests found in Mass Effect: Andromeda. The new assignment involving Liam sees us travel to Eos to check the surprise that he had prepared for the Andromeda Initiative members. 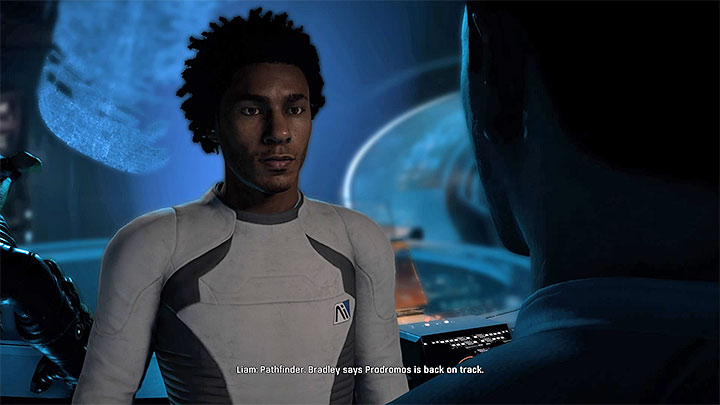 To unlock the quest, score a major hit to the Kett forces by defeating the Archon (Hunting the Archon) and complete all previous Liam's quests (ending with Liam Kosta: All In). One of your conversations with Liam has yielded an invitation to visit the site of his planned surprise event which he had been preparing on Eos. 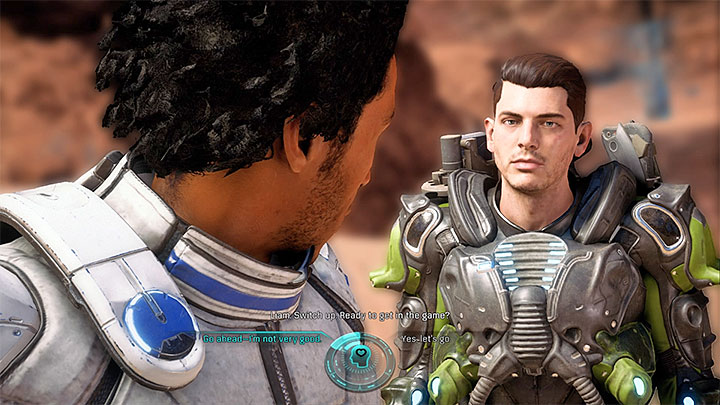 You can take part in the event or keep to spectating

Travel to Eos and make sure that Liam is chosen as a part of your active party. The quest will take you to Prodromos, one of the sites found on the surface of the planet. Visit the location to learn that Liam has prepared a football event for the Initiative members, including the Tempest's crew. The final part of the event allows you to take part in a game - you can just as well refuse and stay on the sidelines. If you are playing as a female, the match is a good opportunity to flirt with Liam.