WARNING - The quest described below is Drack's final loyalty mission. This means that it is the most complex and lengthy quest connected to that hero - completing it will unlock Drack's rank 6 abilities.

How to unlock: The quest is initiated automatically during the aftermath of Nakmor Drack: Krogan Betrayal [Tempest]. 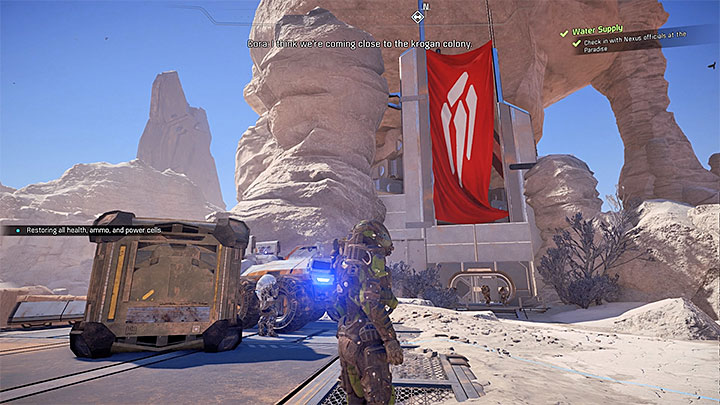 Once you've spoken to Drack following the conclusion of Nakmor Drack: Krogan Betrayal, set the course for Zaubray and land on Elaaden. The Tempest will land next to New Tuchanka, the main Krogan settlement on the planet which is located in the central part of the map. You'll need to speak to one of the krogans near the door to be let in (the conversation will have a milder course if Nakmor Drack is a part of your team). 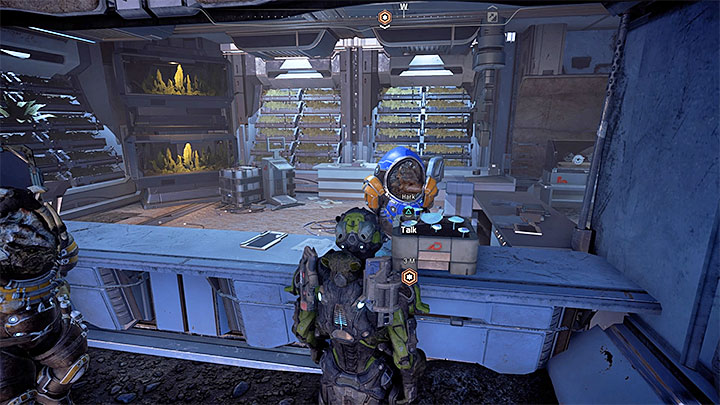 Once you've received access to New Tuchanka, use one of the available paths to access the bottom level of the settlement (you can simply jump down below). Your destination is the greenhouse, manned by Hark. Talk with him, and confirm your readiness to proceed with the next part of the mission. The quest requires you to deploy with Nakmor Drack as a part of your team, while you'll be limited to the mission area until you've managed to conclude the task.

The first part of the mission is rather simple. Follow the pre-arranged path and eliminate all opponents found along the way. Begin each encounter by taking care of the snipers. If the available equipment and abilities make this task difficult, use covers to avoid being subjected to sniper fire, and take care of them once you were able to get closer.

One of the fights sees you encounter Aroane, who will manage to escape your grasp. Continue exploring the installation. When the way forward is cut off by a blockade, use Drack's help (hold the interaction button) to clear the way forward. 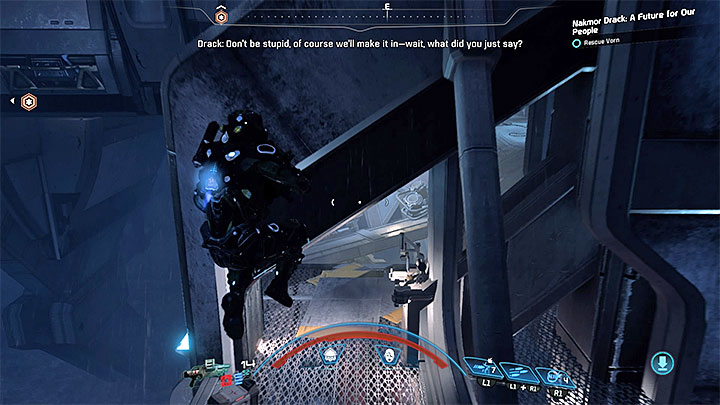 Clearing the way leads to a new conversation with Drack. Regardless of the chosen dialogue option, he'll deem it necessary to save Vorn, the botanist. Begin the next part of the assignment by making accurate jumps that will allow you to safely reach the neighboring grates. The other side will greet you with a new influx of enemy units - defeat them to begin a new cut scene. Take care of the final group and approach the container located on the upper floor to free Vorn. 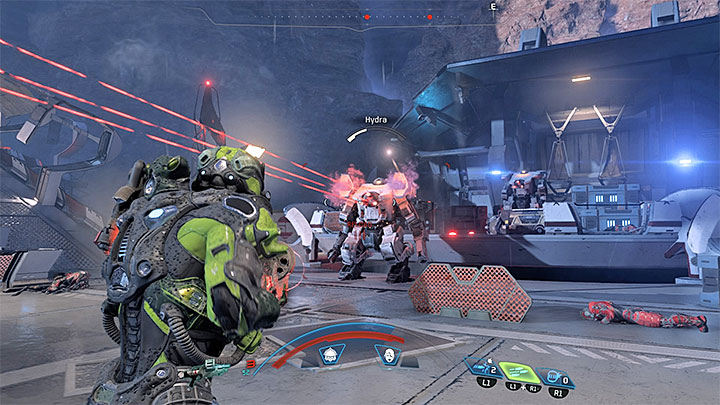 Continue the search for the cargo. Watch out, as from now on you'll be facing elite units that are equipped with additional armor plates. One of the viable methods of approach includes firing at certain vulnerable elements of their equipment.

A short cut-scene precedes the biggest battle found in this mission. Remember that the battlefield is constantly visited by additional reinforcements - try to hit the enemy before he disperses around the area. Aside from the above, you'll be facing two Hydras. As always, use armor-piercing powers or weaponry, and find a good cover before drawing the machine's attention upon yourself. 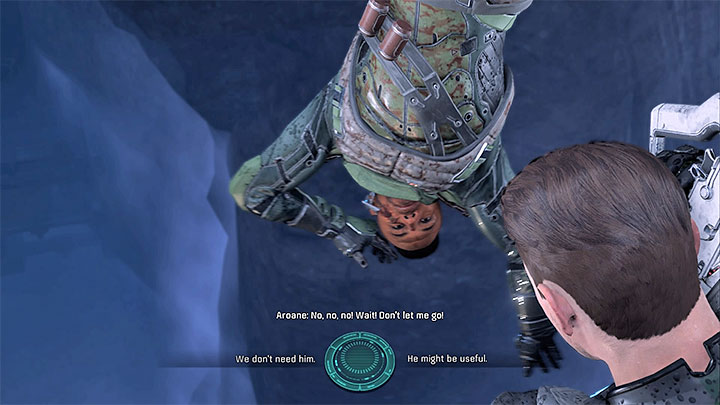 You may use Aroane later - consider saving him

You'll be left with a new objective once you've defeated all the enemies. Proceed to the platform controls and interact with them. A new cut-scene will begin detailing the capture of Aroane. You'll soon be left with a choice whether to let Drack get rid of Aroane or capture him alive. This decision won't affect the further course of the quest, but sparing Aroane will enable you to gain additional intel.

Regardless of your approach, you'll begin a conversation with Drack and return to New Tuchanka.

Note - Drack's rank 6 abilities are unlocked, but the quest has not ended yet - you are still left with a few additional matters on the Nexus.

Return to the Nexus Control

Board the Tempest and set the course to the Nexus. Your landing is intercepted by the Nexus Control, who has begun the process of decrypting the sent data and will return to you with further orders.

Use the rail to travel to the Operations Center. Once you've found yourself in the new area, proceed to the surveillance station and interact with the computer. Choose the first option (Unscrambled Exchange) from the list.

Speak with Drack on the Nexus 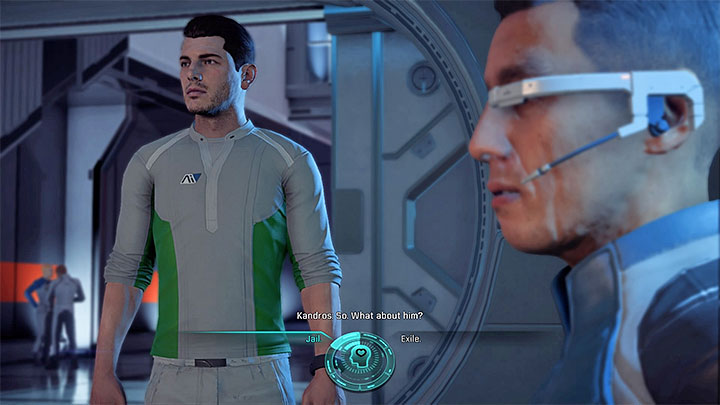 Spender can be either exiled or imprisoned

Nakmor Drack can be found in superintendent Kesh's office in the northern part of the area. Begin the conversation to confirm your readiness to deliver the evidence against Spender. At the end of the meeting, you can blame Addison for the current state of affairs, which is a completely optional step. On the other hand, the second choice carries some weight - you can suggest detaining Spender or exiling him from the Nexus. The quest will end regardless of your approach.