How to unlock: Speak with Ambassador Rialla [Aya: Embassy].

Here you can find the walkthrough for The Vesaal quest. This is one of the Heleus Assignments (side quests) in Mass Effect: Andromeda game, you can unlock it during of the visits on Aya later in the game. This quest is about the incident between Sorvis Lenn and Jarryn Sjek which was caused by the culutural differences. You must appease the conflict.

This quest is unlocked by completing a side quest called The Angaran Initiative (the walkthrough for this quest is on the next page), the one during which you must visit the newly established Andromeda Initiative embassy on planet Aya and meet with Ambassador Rialla. From her you receive a request - you must appease the conflict between an Angara and one of the embassy's worker.

Sorvis Lenn can be found near the Repository of History. Speak about every topic, thanks to that you learn his version of events. 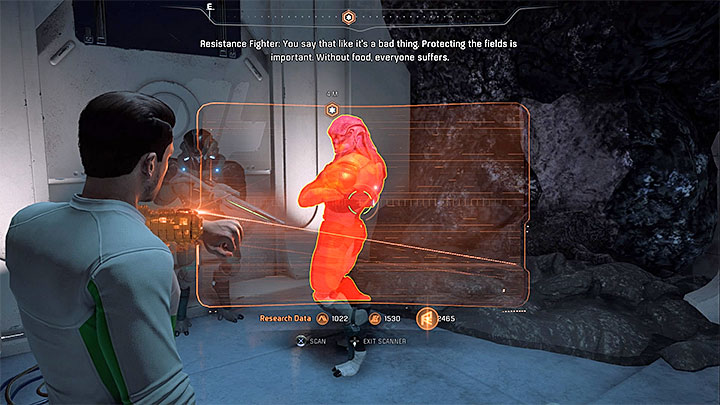 Go to the Resistance Base located in the west edge of the city. There, you must use your scanner. The person that you are looking for is Jarryn Sjek, he is presented in the picture.

Speak with Jarryn and, just like before, allow him to tell his version of events. At the end of the conversation you can tell him how he should behave but this is an optional step. 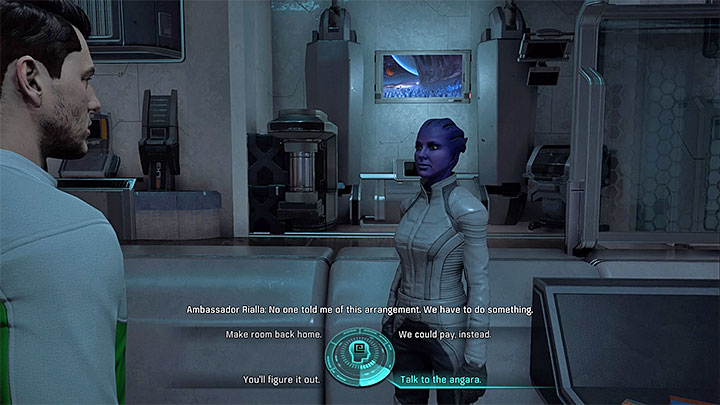 You must advise ambassador Rialla on what should she do

Go back to the quest giver and tell her about everything. Just like during the conversation with Jarrynd you can suggest the ambassador how she should behave - she can make more room, pay, decide herself or talk to the Angara. Regardless of your suggestion the quest ends.