How to unlock: Speak with director Tann [Nexus: Operations Center].

Here you can find the walkthrough for Missing Arks quest. This is one of the side quests in Mass Effect: Andromeda game that belongs to the category called "Allies and relationships". In this quest you must find traces of the three titular Arks that didn't arrive at Nexus - these Arks belongs to Turians, Salarians and Asari. 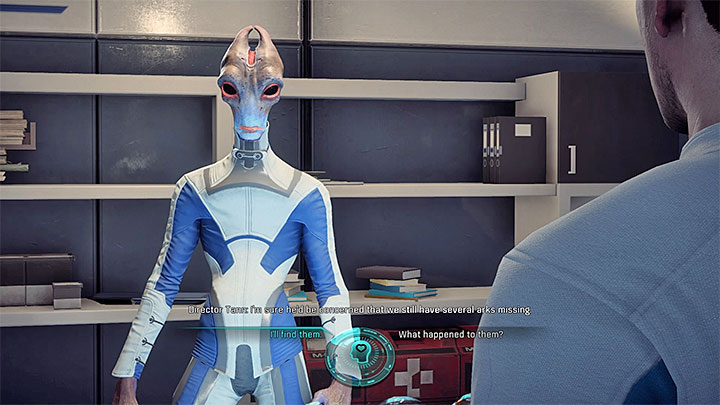 Speak with Tann about the missing Arks

This quest should be automatically added to your journal during the first meeting with director Tann in Nexus: Operations Center which happens during A Better Beginning main quest. You learn about the missing Arks belonging to other races. You can talk to Tann again in order to get more information about this topic. You agree to find them.

You can't continue this quest right after you receive it. It becomes suspended and automatically updated in the later parts of the game when you find the tracks of the missing Arks (the next tracks can be investigated during other quests):