Here you can find the walkthrough for two very short main quests in Mass Effect: Andromeda game. Those quests are Elaaden: A New World and H-047c: A New World. Each of these quests "encourages" you to visit the newly unlocked parts of Andromeda galaxy - Elaaden and H-047c planets. Whether you go there immediately or leave their explorations for later depends entirely on you.

How to unlock: Automatically during the meeting [Tempest]. 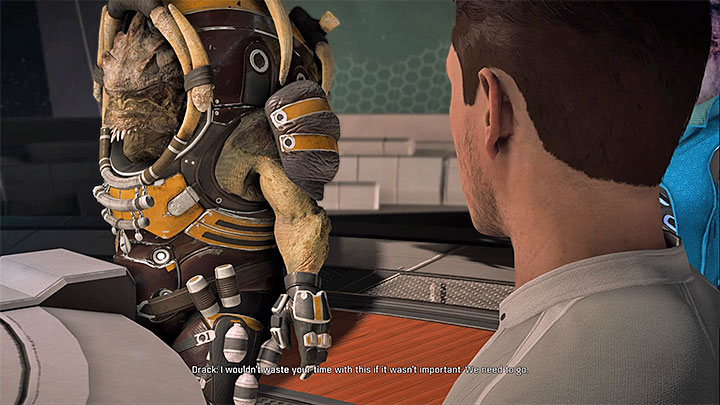 This quest is unlocked after participating in the big meeting on the Tempest. This takes place after you return to the ship after your first visit on planet Kadara (Hunting the Archon Priority Op). Nakmor Drack tells you about the tight situation in Krogan colony on planet Elaaden. He also talks about the invitation from Krogan called Jorgal Strux who wants to meet in secret with the main character.

Elaaden is in Zaubray system and this quest is completed after you travel to that place.

Note - The atmosphere of Elaaden is hazardous. The scorching temperatures present in exposed areas will deplete your life-sustaining equipment up to the point of taking toll on your health points. Until you've managed to complete some of the quests that increase Elaaden's viability, make sure to find cover in bases and forwarding stations or replenish the bar by hiding in shadowed areas, in which the temperature is much more acceptable.

How to unlock: Automatically during the meeting [Tempest]. 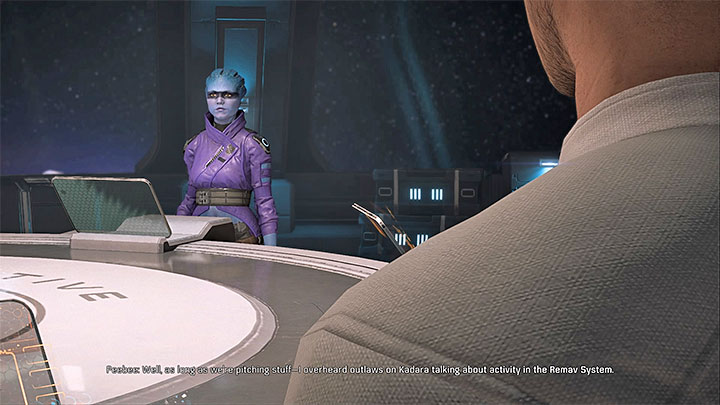 This quest is unlocked after participating in the big meeting on the Tempest. This takes place after you return on the ship after your first visit on planet Kadara (Hunting the Archon Priority Op). Peebee and Vetra tell you interesting activities in Remav system to which an Turian Ark was heading. You must visit planet H-047c.

H-047c is in Remav system and this quest is completed after you travel to that place.

Warning - During the exploration of planet H-047c (the debris field that is created after the planet's destruction) you must watch out for the high radiation level that will drain your life support bar. A very important information is that because of the extremely unfavorable conditions you can't leave Nomad. The exception to that are areas surrounded by domes. After reaching each of those locations you can park Nomad near the entrance and go inside the location surrounded by force field. The life support bar can be refilled by getting to forward stations that you can find during your explorations.