How to unlock: You have to shatter a frozen enemy with a jump melee attack (single-player mode).

Commentary: You first need to freeze an enemy and then use a jump attack againt him. The attack must kill the enemy - otherwise you won't get the trophy. 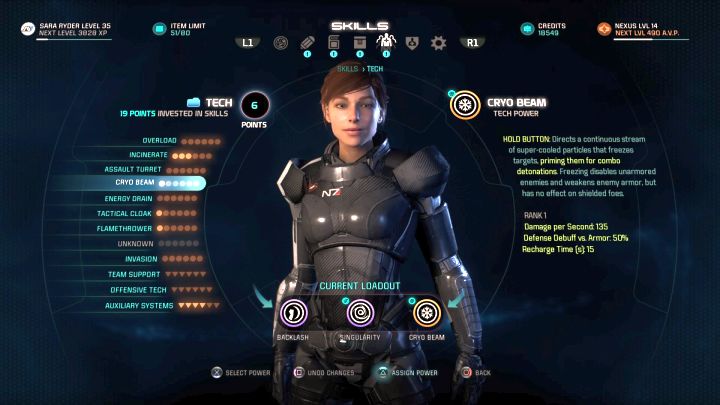 This task requires the Cryo Beam ability from the Tech tree.

A trophy that's relatively difficult to acquire. To get it, you have to freeze an enemy and then perform a jump attack that will kill (shatter) the frozen foe. It's difficult, because most of the times the enemy will die before you land with your jump attack, or, what's even more common, the enemy will simply live after getting hit, preventing you from getting the trophy. 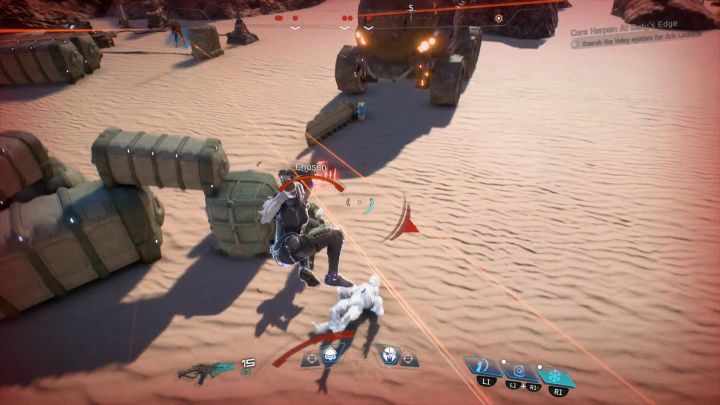 Once you've frozen the enemy, perform a jump melee attack to finish him and get the trophy.

Equip your character with the Cryo Beam from the Tech tree - a single point will suffice. Afterwards, find an enemy that doesn't have a shield and/or armor - you can't freeze a protected enemy. Take out about half of his health bar, use the mentioned ability to freeze him (it takes 2-3 seconds). The enemy will fall to the ground and you just need to perform a jump melee attack and hit the enemy with it. If everything went right, the enemy will be shattered to pieces and you will get the trophy - if not, simply repeat the process.