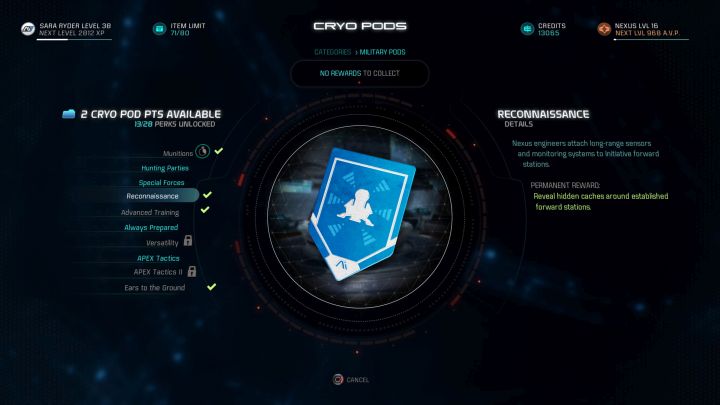 Reconnaissance is one of the best cryo pod capsules in the game.

Mass Effect Andromeda has a system called Andromeda Viability (AVP) implemented and that system is connected to a simple mechanic - the possibility to open cryo pod capsules. Each cryo pod capsule gives access to a very specific reward - additional Credits, crafting materials or even more experience points gained after encounters. More on that can be found in "Andromeda Viability" and "Planet viability" chapters of this guide.

There are numerous cryo pod capsules in the game that can be opened and at the beginning of your journey you won't have a clue which should you prioritize. What's worse, you can't reset your choices like, for instance, skill points - your decisions are permanent. This is why it's worth to focus on very specific ones and open them as early as possible, to maximize their benefits. 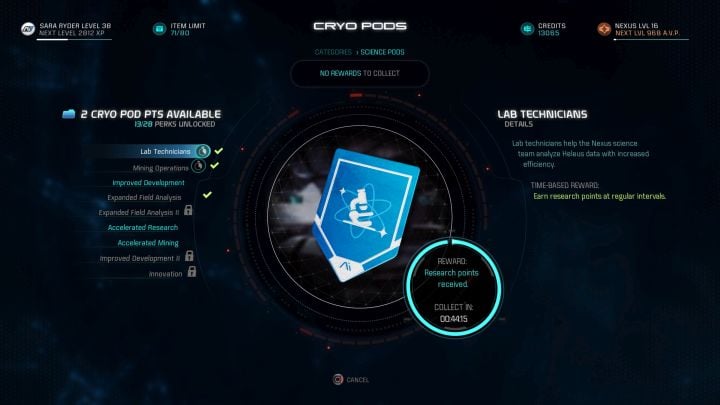 Lab Technicians will reward you with Milky Way research points.

First things first, focus on opening (in any given order) the following cryo pod capsules:

Afterwards, you can unlock the following:

Cryo pod capsules that you should definitely keep away from: