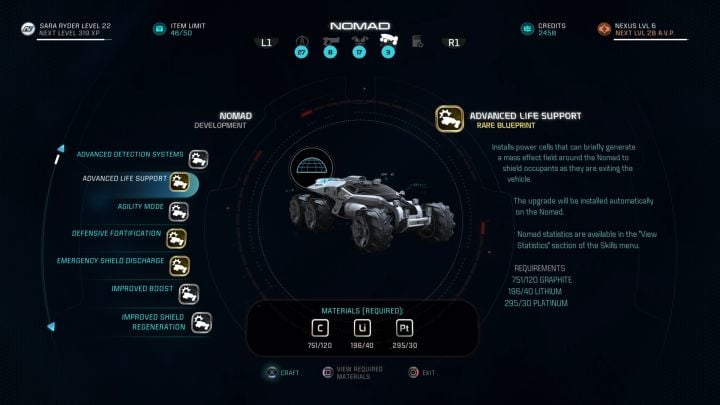 Some of the NOMADs upgrades are more valuable than others.

Aside from the Research and Development options to create new armors and weapons, Mass Effect Andromeda allows the player to upgrade the NOMAD. Despite the fact that you can easily skip this part, as you can move around the planets without investing in any upgrades, some of them are extremely valuable and can significantly increase the overall experience.

The only problem with those upgrades is their cost, especially during the early game, when you lack the crafting materials all the time. This is why you should focus on upgrading the most useful aspects of the NOMAD, ignoring, or postponing (until you have enough materials) the rest. The ones that you should upgrade are as follows:

The rest of the upgrades is completely optional and you can easily ignore them - you won't have any problems without them and the resources you will save can be used for other things.