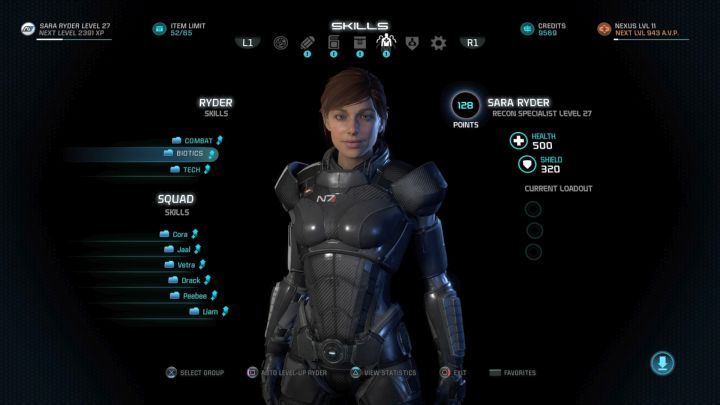 Thanks to that you will be able to spend skill points once again.

During the game you will be accumulating a large amount of skill points. You will then use them to unlock various abilities of your character. However, there will come a moment when you will want to reset and regain all of those skill points you've spent, to be able to redistribute them again, with a proper plan for development. 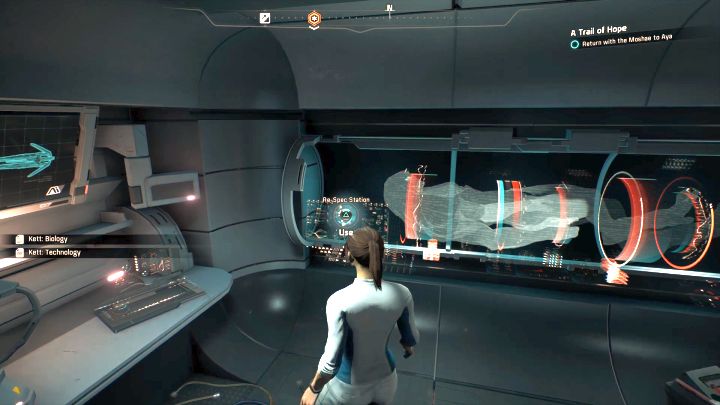 The terminal used to reset your character's skill points.

You need to head to the Tempest ship. Once there, get to the lower floor - you can get there by moving north from the central part of the ship (where the research and Strike Team screens are located) and either jumping above the barrier or climbing down the ladder to reach the lower floor. Now you need to head to the Med Bay, a room located in in the eastern section, almost in the middle of the Tempest's lower deck. 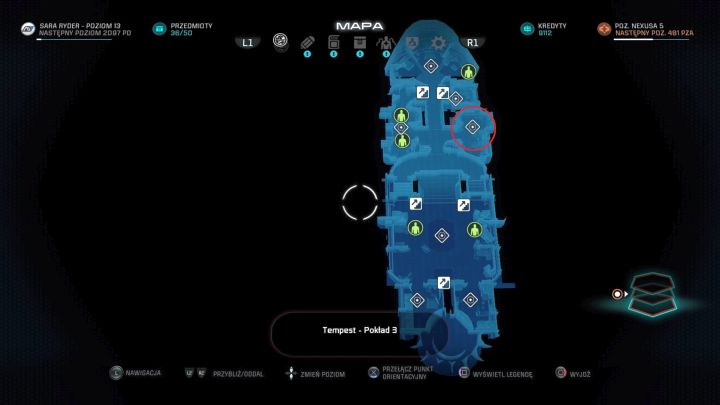 The location of the Re-Spec station marked on the map.

Once inside, turn left and head straight ahead, until you reach the terminal used to reset skill points (Re-Spec Station). After interacting with it, you will be presented with a list of all of the companions and your character at the very top of it. Select the character you want to reset skills for and accept your choice. After paying a small fee, all of the skill points you've spent will be given back and you will be able to redistribute them again.

If you decide to reset the skill points of your character, you have to remember about some things. Those are: