How to unlock: Speak with Nakmor Drack [Tempest].

Here you can find the guide for Visitor quest. This is one of the Heleus Assignments (side quests) in Mass Effect: Andromeda game and takes place on Tempest. This quest is about the titular visitor which is a "galactic hamster". You can set a trap and capture the creature, placing it in your cabin.

This quest should be unlocked after one of your conversations with Drack on Tempest. From him you learn about animal tracks on the ship. 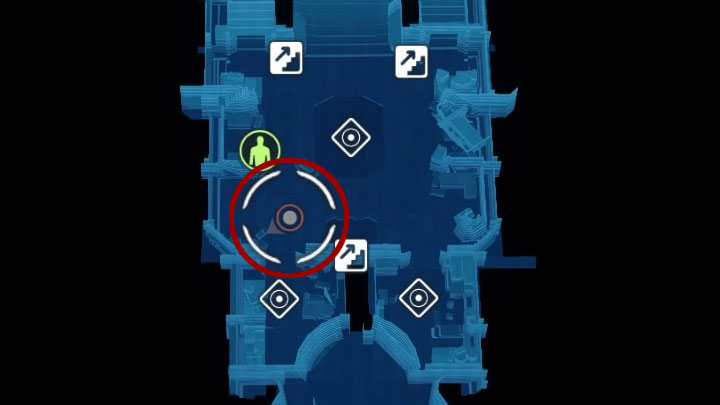 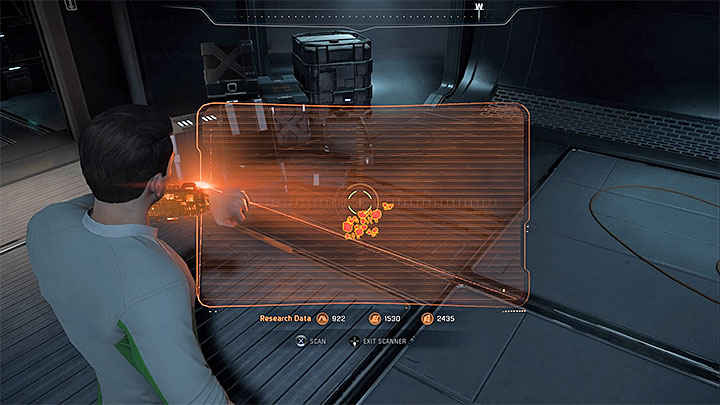 The animal tracks can be found in the lowest deck of the ship, in its south-west part. This area is presented in the pictures above. There, you must use your scanner. You will automatically receive trap blueprints.

Craft the trap in the Research Center

Go to the Research Center terminal and select the last tab in which you can find Humane Trap. You only need 3 aluminum pieces to construct it.

Set the trap in the creature's nest

Go back to the place where you found the tracks and set the trap (hold the interaction buton).

Wait until the trap is activated

Don't try to stand near the trap and wait for the animal. The "visitor" will be automatically caught when you next time return on Tempest (you can land on any planet and then immediately release the creature). 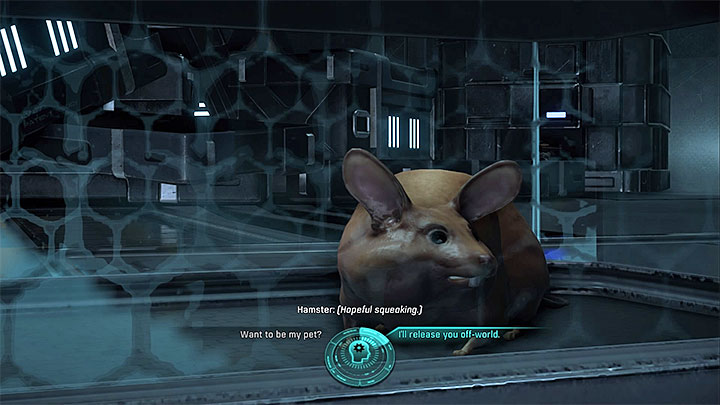 Keep or release the hamster

Return to the trap and you will find the hamster. You can choose one of the two options - release the hamster on the nearby planet or keep it. After choosing the second option the cage with the hamster is automatically moved to the captain's cabin where you can visit your new pet.