How to unlock: Automatically after getting closer to Kett base [Eos].

Here you can find the guide for Defeating the Kett quest. This is one of the Heleus Assignments (side quests) in Mass Effect: Andromeda game. This quest can be started after Eos has been terraformed. During it you must attack Kett power station on Eos. This allows you to weaken their position on Eos but you must fight a lot of battles in their base and eliminate their elite leader - Invictor. 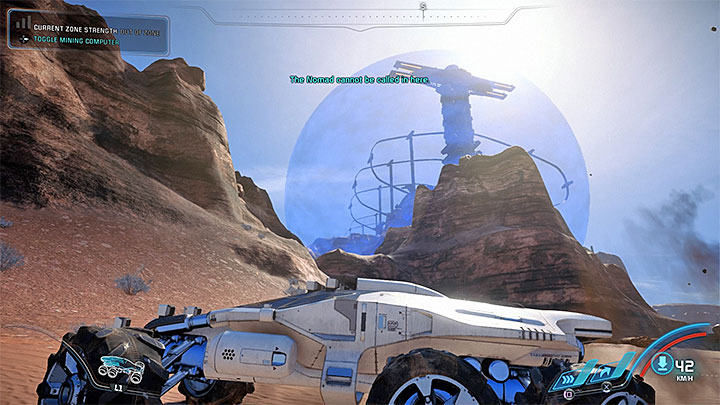 This quest is available after Eos has been terraformed. This means that you can now explore the west part of the map without the danger in the form of deadly radiation. Get closer to Kett power station on the hill, the one surrounded by blue force field. When you do that the quest should be added to your journal. 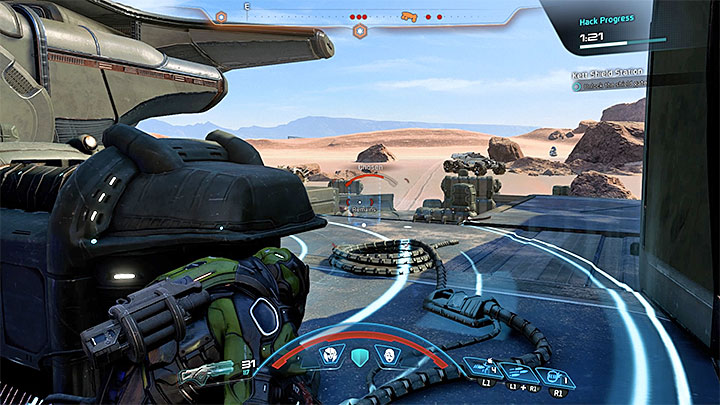 Choose the main path that leads to Kett base. The area is guarded by a few Kett and turrets (hide in places where you can avoid their fire or destroy them from a distance by using your best weapons and powers).

After eliminating the Kett go to the main gate control console. You must stay close to it during the hacking process. Hide behind one of the nearby covers (the example is in the picture above). Send your allies on the upper level or place them a little further from you. You can also set mines or other traps. During the hacking the team will be attacked by, at least, one giant group of Kett. Try to stay close to the console and if you have to leave it, do it only when your character is in grave danger. Fortunately, the game gives you plenty of time so you can fill the bar before the time limit even if you depart from the console for some time.

Warning - If you fail to hack the console you can do the process again. However, this means that you must fight with new Kett units again. 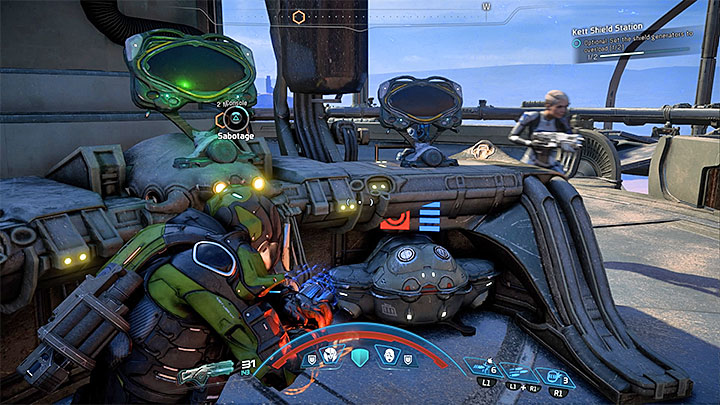 You can overload the generators and then the main console

After the hacking you can use the new passage. During the exploration of the power station you have to fight with Kett groups. When you are on your way you can complete a side objective - turn off the shields around the base. In order to do that you must complete a few additional actions. First, you must get to the central console. Then, go to the two generators located on the right and left sides of the upper level. When you get to each of the generators you have to stay near them for a while and hold the interaction button to sabotage them (before that you should eliminate nearby Kett so you won't be attacked during overloading the generators). Lastly, head to the console pointed by the game to successfully overload the force field and turn it off. 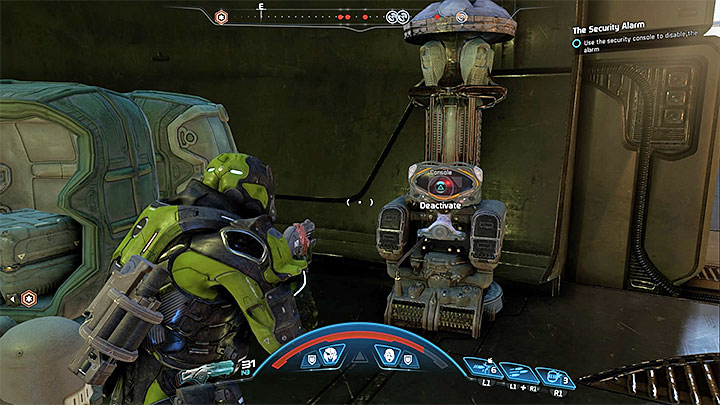 Go north-west and in the meantime eliminate Kett groups. When you get to the farther part of the base the alarm will be raised. Turning it off is not mandatory but it will stop the new Kett groups from appearing. In order to deactivate the alarm you must get to one of the consoles similar to the one in the picture above.

This objective is added when you get further into the base. There are three terminals that must be sabotaged and they are located in three different places in the base. You can reach them in any order.

Get inside the stronghold 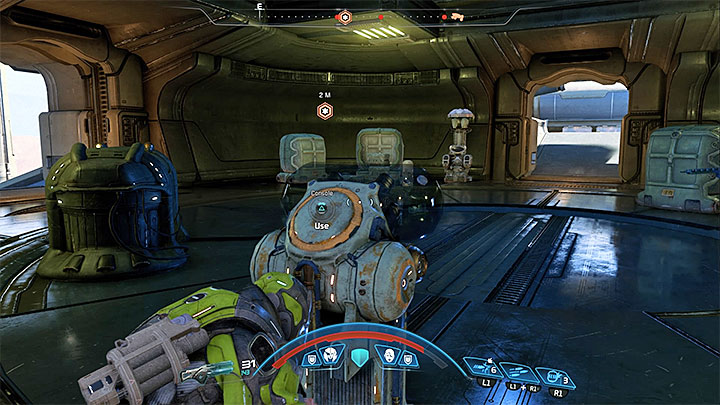 Unlock the passage to the operations room

The entrance to Kett power station is in the north-west part of the location and if you don't turn off the alarm (the optional objective described above) then you should get there as quick as possible. There, you can find a new console. Using it unlocks the passage to the operations room (the hole in the floor will part).

Get to the operations room

There are Kett on the lower level so, before going down, you can throw a few grenades or shoot them from the higher ground. After eliminating them jump down and get to the operations room where you must defeat the Invictor. 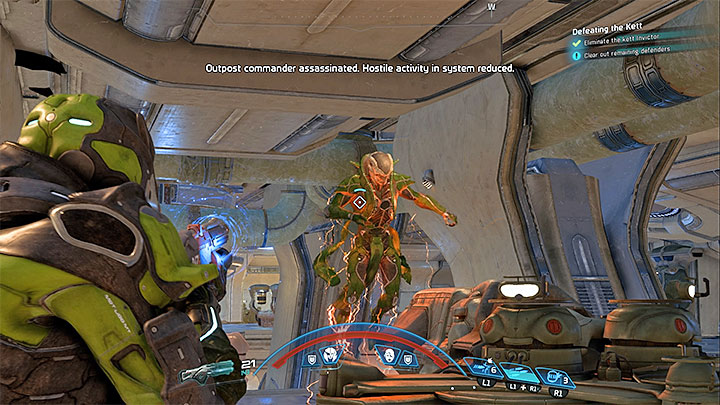 Destroy the sphere that creates the force field and, after that, you can attack the Invictor

The Invictor represents Ascendants. This means that he can levitate, use energy attacks and is surrounded by force field. The last ability is the most problematic one because the shield protects the Invictor from the team's attacks. The solution to this problem is to destroy the sphere that flies around the Kett. When you do that select your best weapons and abilities and deplete all of the "defenceless" Invictor all health points.

Besides the Invictor there are other Kett in the operations room. It is best to deal with them later, the only exceptions are those that are the direct danger to your team.

The access to the observations room is unlocked by using one of the nearby consoles. After doing that go to the elevator pointed by the game.

After the elevator ride enter the last room in the base and use the console to sabotage the power station (here, you can also find containers with useful items). This completes the quest.