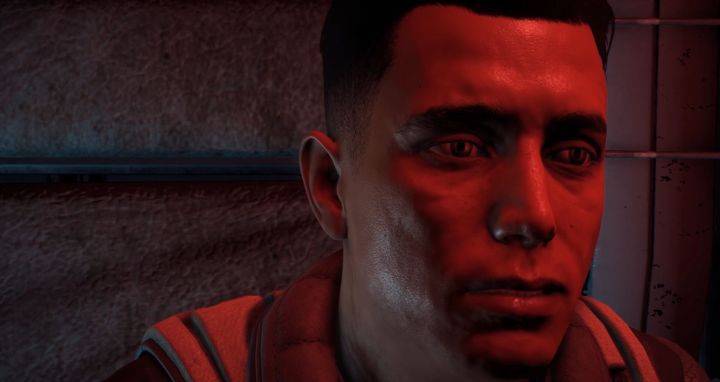 Reyes Vidal is another peculiar character to romance. He doesn't belong to the crew of the main character, he isn't a part of the Tempest crew and all of the flirting options appear after you've completed the main quest on planet Kadara. He is a bisexual character - you can romance him both as Sara and Scott Ryder. Reyes Vidal is a character you can have close relations with - by engaging in that relationship you won't be able to flirt and romance with other characters. Moments when you can flirt with him take place during your stay in the Slum Bar on Kadara, during "Murder in Kadara Port" and "Precious Cargo" missions.

Note - the possibility to further romance this character depends on your decisions during "Hunting the Archon" main quest on Kadara. To be able to romance him, you have to refuse Sloane's offer - otherwise you won't be able to develop the relationship with Reyes any further.