How to unlock: Talk with Dr. Tassana Rilar and Dr. Erich Baumgarten at Daar Pelaav.

This section contains a walkthrough for Overgrown, one of the Heleuss assignments (side quests) found in Mass Effect: Andromeda. To unlock the quest, complete Cross-Cultural Alliances, the event placing a group of Andromeda Initiative scientists on Havarl. The team will ask you to analyze mutated fauna specimens of the characteristic species found on the planet. 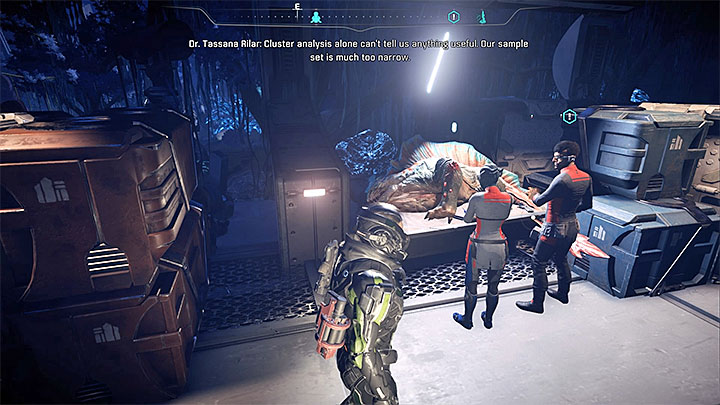 Both scientists can be found in one of the buildings

The quest is unlocked once you've managed to establish an Andromeda Initiative outpost on Havarl. This involves completing following side-quests: A Dying Planet (a visit to Remnant crypt) and Cross-Cultural Alliances (an event establishing an Andromeda Initiative outpost). When both of these quests are completed, return to Daar Pelaav (the research station located not far from the Tempest landing site) and talk with Dr. Tassana Rilar and Dr. Erich Baumgarten. The scientists will ask for your help following their research on local fauna. 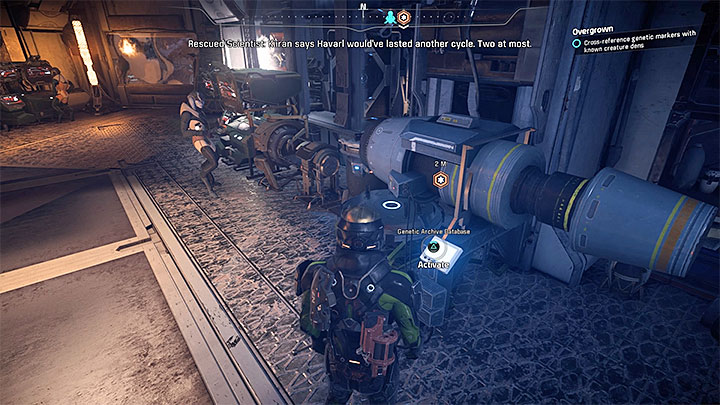 Begin by checking the genetic archive

For now, stay at the outpost and access the genetic database. Use the computer and check all of the items from the list. Your job will be to take a look at three mutated species from Havarl. All creatures are marked on the map, and you can approach them in any order.

Gather the data from a mutated Challyrion

A mutated Challyrion can be found a bit to the north from the research station. The beast will be stronger from a normal Challyrion, but the fight shouldn't be too taxing. Once you've defeated the beast, scan its remains.

Gather the data from a mutated Rylkor

A mutated Rylkor can be found east from the research station. Consider taking an armor-piercing weapon with you, as it will make the matters easier. As before, scan the remains of the beast.

Gather the data from a mutated Eiroch

A mutated Eiroch can be found south from Old Pelaav (a settlement in the eastern part of the map). You'll be subjected to a small twist once you've made your way to the area.

Join the ensuing battle between Roekaar and Eirochs using your best armor-piercing weapons and abilities. Once the area is more or less cleared, deal with the Eiroch. A mutated Eiroch is very durable and deals considerable melee damage, so keep a safe distance. Defeat the beast and scan its remains. 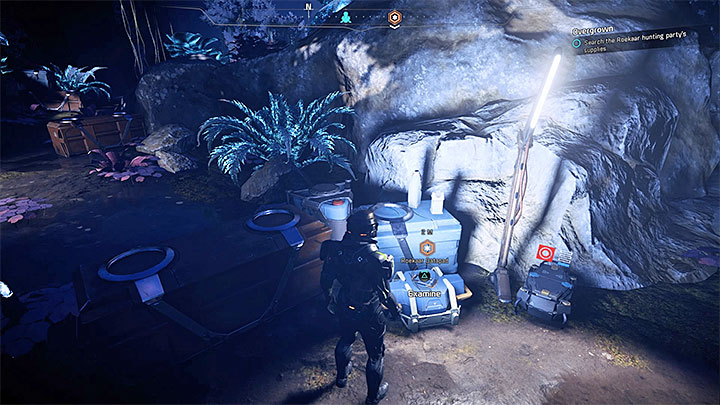 Search through the Roekaar camp. You need to locate the Roekaar Journal and take a look at its contents. 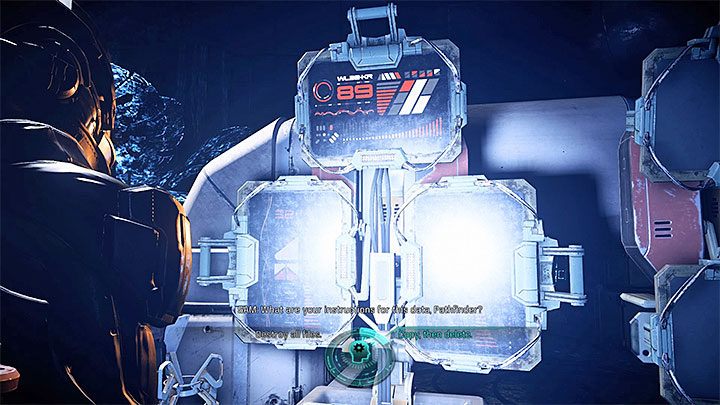 Destroy the data or make a copy

The new Roekaar camp is located north from the living grounds of the mutated Eiroch. Eliminate its inhabitants and find a research terminal located inside. You can now proceed in two ways - either create a copy of the research data, or destroy it right away.

Return to the scientists

Return to Daar Pelaav to report your findings. If you decided to keep it, you can now deliver the Roekaar research data.