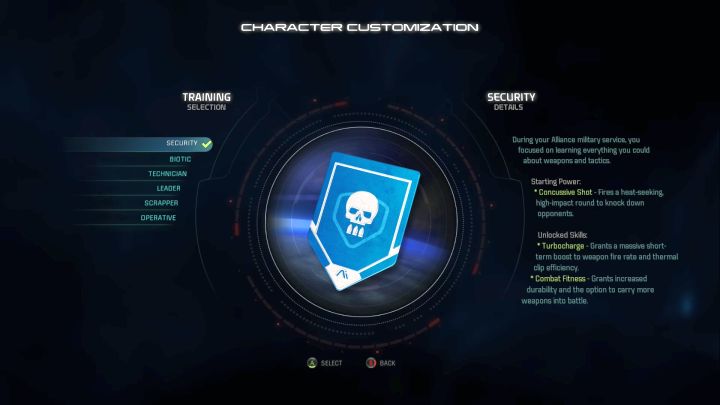 The first of the available trainings is Security and it can be compared to the Soldier class from the previous installments of Mass Effect. This training focuses around the Combat tree and gives the following benefits:

This training is for players that prefer the usage of firearms and the abilities from the Combat skill tree, ignoring the power of abilities, as well as the skills from Biotics and Tech trees. It won't give you such a huge edge as some of the other trainings, but the Concussive shot is extremely effective during the first hours of game and the unlocked abilities are crucial to a character built around Combat skill tree. Further development of both of them will allow you to create a true monster on the battlefield. The biggest flaw of this character is the decreased recharge time on the skills, as you will be severely over encumbered by carrying so many weapons.