How to unlock: Automatically during A Trail of Hope quest [Aya].

Here you can find the guide for Helping Havarl's Scientists quest. By default, this quest is treated as a Priority Op (main storyline quest) in Mass Effect: Andromeda game. However, if you decide to go on Voeld as your next main quest (Meet the Resistance and Stage a Rescue) then this quest is moved to "Heleus Assignments" tab in your journal. After that it becomes a side quest but you can still complete it normally.

In this quest you must travel to planet Havarl. There, you must make contact with scientists and then find a group of researchers trapped near one of the monoliths and save them.

Warning - This quest doesn't require you to explore the entire planet Havarl but only its small part. However, you shouldn't ignore its other regions because during your stay here you can make steps to boost its viability, complete side quests, look for supplies (you should focus especially on those that contains A LOT of minerals) or scan new fauna and flora specimens. Havarl's optional quests are described in the separate chapter. 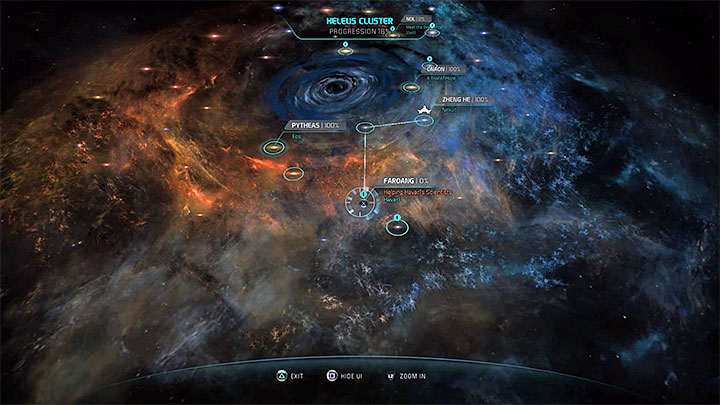 Faroang system is in the south part of Heleus Cluster

Planet Havarl is in Faroang system (the south part of the cluster). The planet is unlocked through your progress in the main story. After the journey, look for a place to land and choose it.

Your destination is Pelaav scientific station, located close to Tempest landing spot. When you get there speak with Kiiran Dals, she is the scientists' leader. From her you learn about a group of researchers that was captured near a monolith by an unknown Remnant technology. You can offer your help and free them.

Help the researchers trapped near the monolith 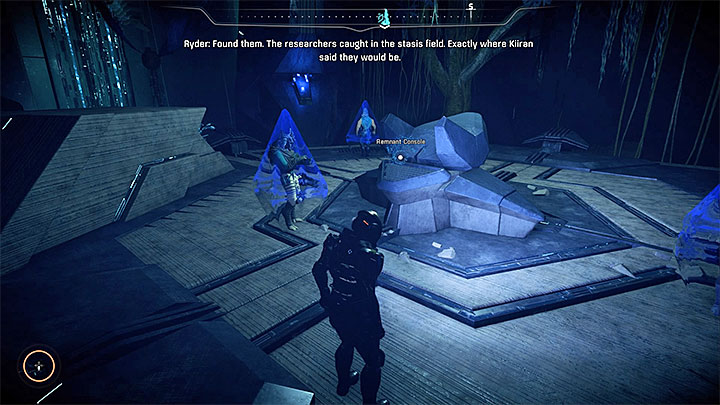 The location with the monolith and the trapped researchers

The monolith is located south-east from the scientific station and is rather close to it. However, you must be on the watch when you travel through Havarl because you can encounter hostile fauna, Remnants or Roekaar (rebellious Angara). A small path on the south leads to the monolith. There you must first defeat the Remnants. 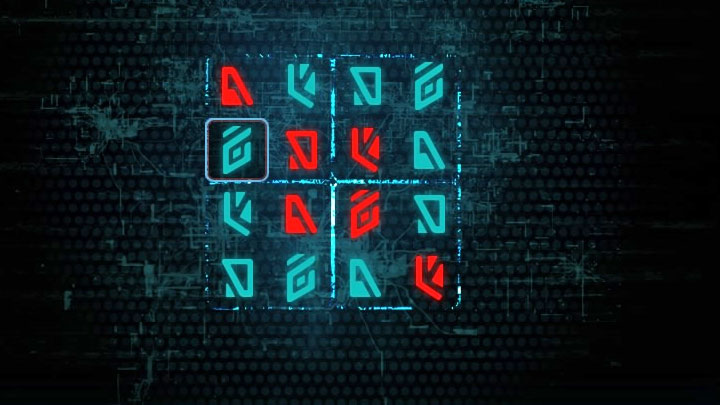 After you clear out the area you can activate your scanner and use the yellow cables to find two glyphs. Now, you can access the Remnant terminal. If you want to free the researchers you must use Remnant key (if you have one) or try to solve the puzzle. Its premise is the same as the one on Eos - you must place the symbols in a such way that there no duplicates in any of the rows and columns. The solution is presented on the picture.

Regardless of how you dealt with this problem, you will receive thanks from Torvar's assistant.

You can return to the scientific station and meet with Kiiran Dals once again. The quest is completed. Additionally, you also unlock a new side quest called A Dying Planet. You should start this quest immediately because to complete it you must get to Remnant vault. This quest also boosts Havarl's viability.

Warning - If you did this mission before the quests on Voeld (Meet the Resistance and the other ones) then completing it allows you to get Evfra's and other Angara trust. When this happens you can continue A Trail of Hope main quest (contact Evfra when you are on Tempest).