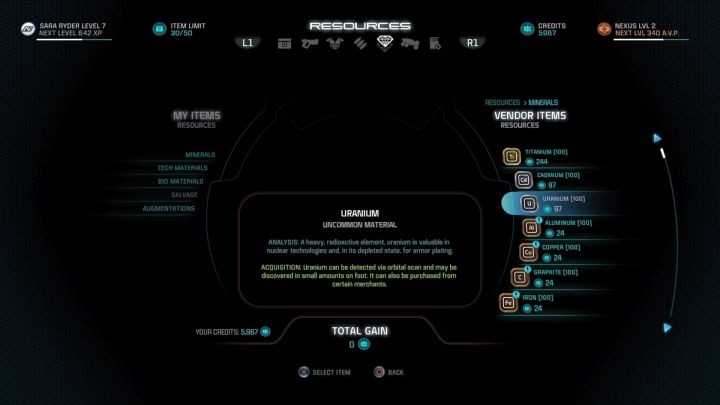 Acquiring Research Data (explained in "How to get Research Data" chapter) is only the beginning of the route to create your own powerful weapons, elements of armor and Augments. You will also need large quantities of crafting materials that will be used to create the items you're interested in.

A quick glance at the minerals, tech minerals and bio minerals at one of the vendors can overwhelm one. There are dozens of available crafting materials and the player is thrown into the deep, as you won't really know where you can look for any of them - and you won't be able to purchase them with Credits, as during the first 15-20 hours of the game you won't have much and the prices can be astronomical. Fortunately, there are numerous methods to acquire them without spending any money and everything can be done while you are completing main and side quests. To acquire them, you can: