The option to romance with others is one of the key aspects of gameplay in Bioware's games, as well as their most recognizable series - Dragon Age and Mass Effect. The latest installment of the latter, Andromeda, is exactly the same in this manner - there are number of NPCs that, by choosing specific dialogue options, the player can flirt with. 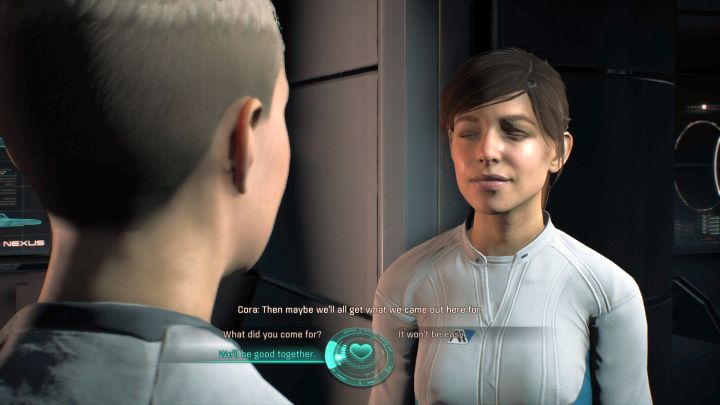 Romancing in Mass Effect Andromeda is a lot easier than before.

In the newest installment of the space opera romancing is even easier, as each dialogue option associated with flirting comes with a "heart" icon - it will inform you that, upon choosing, your character will try to "hit on" the NPC. As you've probably guessed, a simple conversation won't be enough for a character to fall in love with the protagonist and the process is complicated by the fact that not all of the romance options are available to both sexes of the main character.

There are three "groups" of character that can be romanced with. Those are:

Note - this chapter will be constantly updated as we find additional characters to romance with, both with Scott and Sara. Information about romancing specific characters can be found in separate chapters of this guide.