Mineral resources are a crucial part of the gameplay in Mass Effect Andromeda, as those are used in the process of creating new weapons, elements of armor, as well as Augmentations. The amount of minerals required to craft specific items differ and depend on the quality of the item - the better it is (rarer), the more expensive and rare materials are required to craft it. One of the methods of acquiring minerals is to use the NOMAD vehicle. 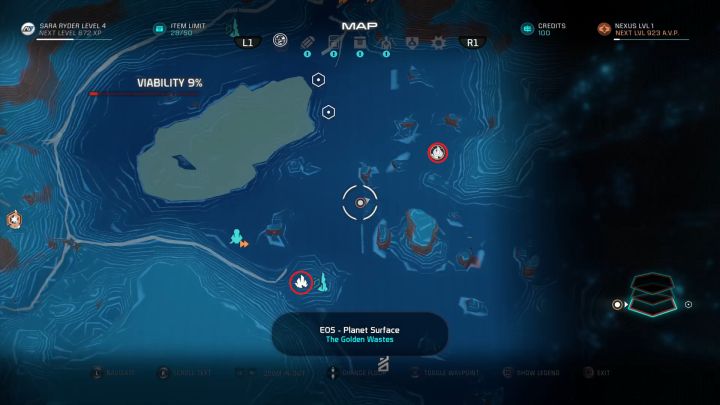 Two out of numerous mineral deposits.

This can be done on the surface of some of the planets - not every single one of them, but there are more mineral deposits available than you will even need. To start collecting minerals, you have to look for an appropriate place - those are marked on the map with special icons, such as the ones shown on the above screenshot. Those mineral deposits are characterized by the amount of minerals they store - beginning with Rich, minerals change their description as you deplete them, until finally you won't be able to get anything from them. 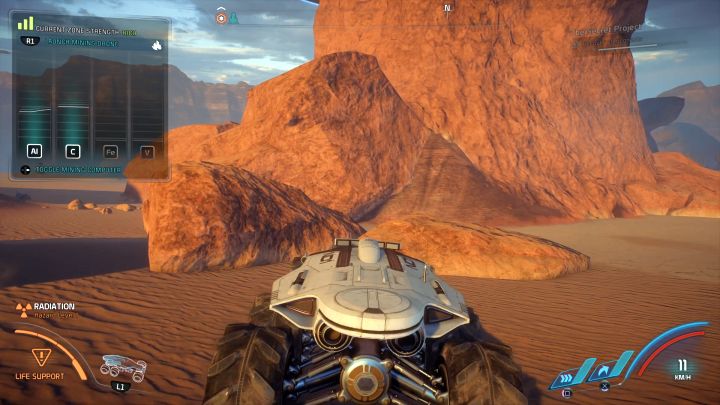 The window in the upper left corner of the screen shows the deposit, as well as resources that can be collected.

When you find a deposit, you have to travel near it. Minerals are located in a small radius around the mineral deposit icon shown on the map. To check if there's something to collect, open the mining window by pressing the button shown in the upper left corner of the screen (while, quite obviously, driving the NOMAD). The following information will be presented in the newly displayed window: 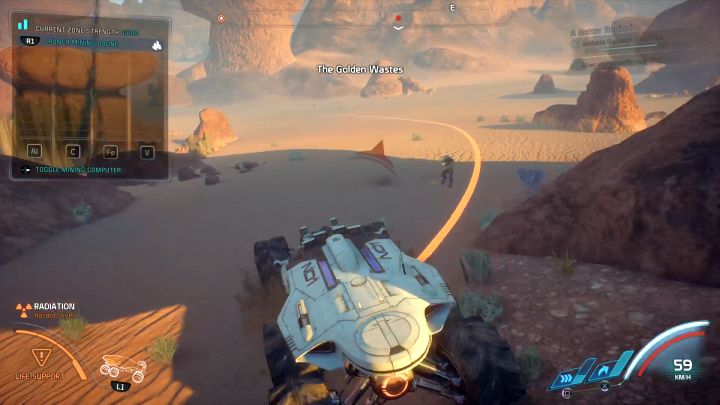 The orange line shows the range of the previously installed mining drone.

When you get to the appropriate place and one of the graphs will show that there are some minerals in the area, you just need to deploy a mining probe. This can be done by pressing the button shown in the upper left corner of the mining window. Once the drone is deployed, all of the resources shown on the graphs will be mined from the nearby area. To collect more, you have to travel outside of the zone of the previously installed mining drone - the orange line shows the range of it.

There are some things worth remembering when it comes to mining with the NOMAD, such as: