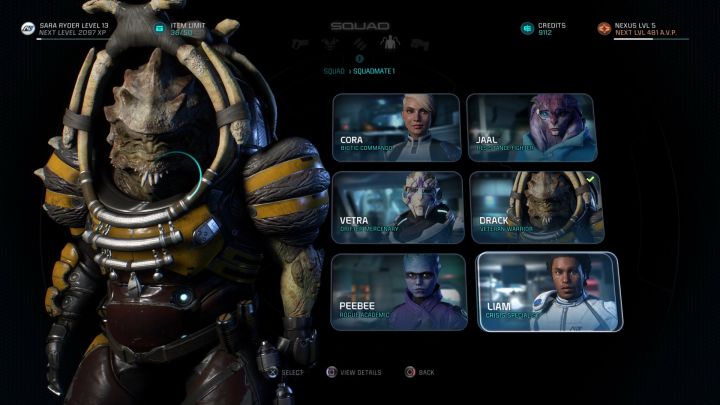 All 6 companions available in the game.

Companions are a key element of each Mass Effect game and the same goes for Andromeda. In this installment of the series you will also be able to select your party members. What is more, you will gain access to all of them relatively quickly, after completing about 15% of the entire game.

As mentioned, there are six companions in the game. Those are: