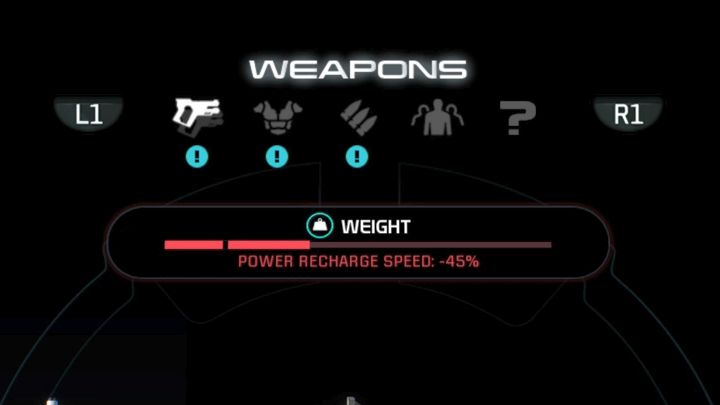 Such a sight won't please anybody...

As mentioned in the "What does item weight influence?" chapter, the protagonist has a certain weight which gives a negative modifier to cooldowns if exceeded. Keeping an optimum weight allows us to decrease power cooldown time and therefore lets us use powers more often. This is especially important for characters who rely on using powers as it boosts their efficiency in combat. So, how do we increase character weight? 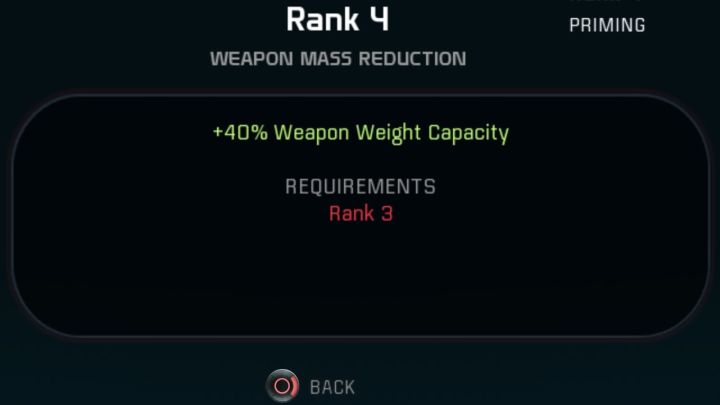 There are several ways to do it, such as:

Increasing maximum character weight lets you equip more powerful weapons or swap a pistol for another primary weapon. In this way, you can carry, for example, a sniper- and an assault rifle with a small or even no cooldown speed penalty.