How to unlock: Speak with Mariette [Nexus: Operations Center].

Here you can find the guide for First Murderer quest. It is one of the longer assignments in Heleus (side quests) in Mass Effect: Andromeda game. This quest can be unlocked during your first visit on Nexus. It is about a supposed unjust accusation of turian called Nilken. An important information - this quest can be completed after arriving on Eos because there you must examine the traces connected with the murder. 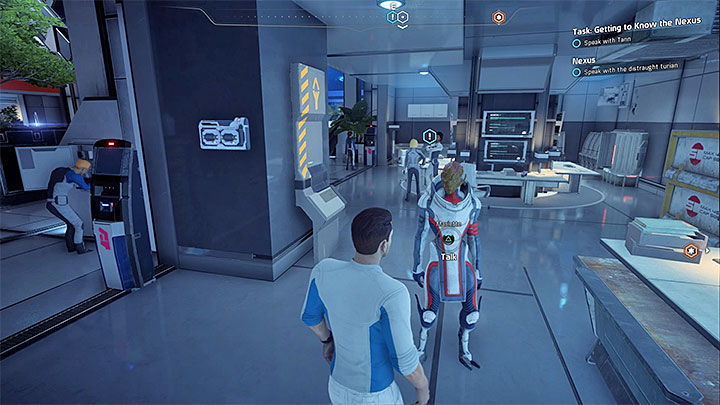 Mariette can be found near militia outpost

Find the turian called Mariette in Nexus: Operations Center. She asks you to help her to exonerate her husband Nilken from committing a murder.

Speak with the prison guard

Head to the prison. Speak with sergeant Aker and then with Nilken. After hearing his arguments go and meet with Kandros.

Optional: Listen to the recording

Approach the marked terminal, interact with it and decide to listen to the recording.

Cassidy Shaw can be found on the highest level of Nexus: Operations Center. Speak with her about every topic.

Go to director Tann's office and, during the conversation, ask about Nilken's case. You must go on Eos to investigate the case - the assassination of Chief Reynolds. 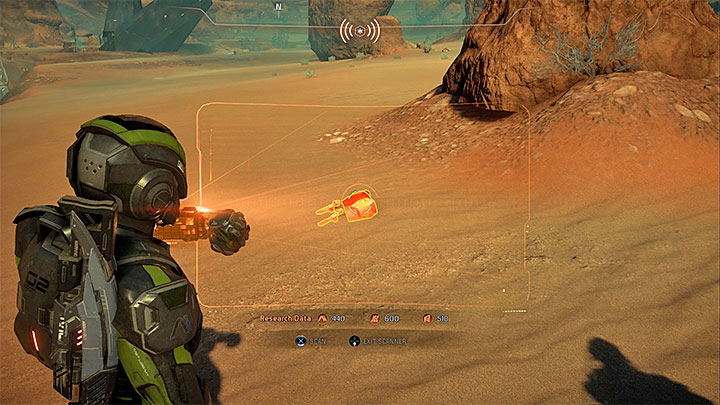 It is better to continue this quest after finishing A Better Beginning main quest. Thanks to that, it is easier for you to travel through the planet. The crime scene is south-west from the first base on Eos. When you get there, scan the metal armor part presented on the picture above. 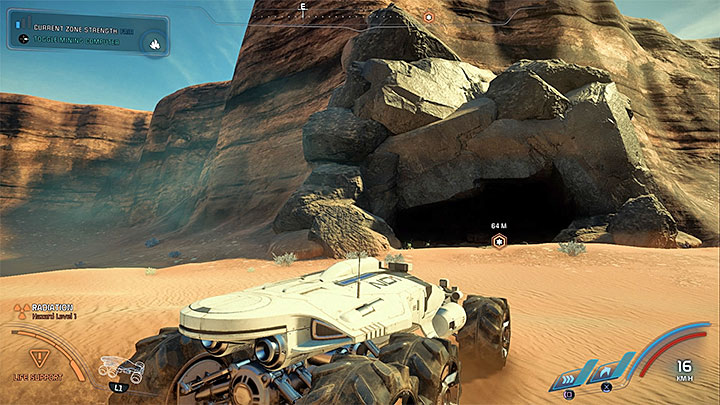 You must now find other pieces of evidence, their estimated locations will be added to the planet's map. Use Nomad to get to each place, use your scanner and look for objects that can be scanned. You must find and scan three armor parts.

The last piece of evidence can be found in the cave presented on the picture. The cave is a kaerkyn nest (the creatures can run over by Nomad or easily killed during combat). Find Chief Reynolds' omni-key in the cave. Interact with the object to get new evidence. You determine that Reynolds wasn't killed by Nilken, although he wanted to do that.

Return to Nexus: Operations Center and meet with imprisoned Nilken. Next, meet with director Tann. During this conversation you can choose between two behavior variants - you can suggest Tann to free Nilken because of he was not directly involved in the murder or banish Nilken for his plan on murdering Reynolds (if you chose this option, you will encounter Nilken on planet Kadara later on in the game).