Here you can find the guide for Prologue: Hyperion quest. This is the first Priority Op (main storyline quest) in Mass Effect: Andromeda game. This quest serves almost completely as a tutorial for players so that they can learn about several game mechanics. The quest takes place on the Hyperion Ark and serves as a preparation for a scouting mission on Habitat 7 planet. 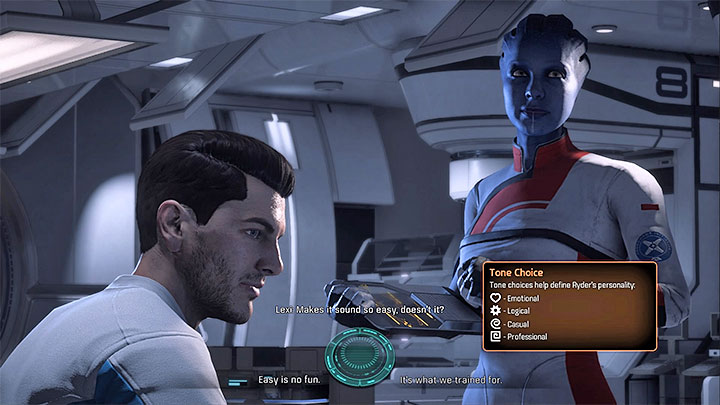 After starting the game you can select the customization option, which can be found in the main menu, to adjust the looks of your character but this is an optional step (you can leave the default look). The more important thing to do is to choose your character's gender. You can play as Scott Ryder (male) or Sara Ryder (female) - by choosing one of them you get access to different romance options with NPCs, small changes in dialogues and side quests. The last thing that you must choose is the difficulty. The default level is normal which is the best choice for the first campaign playthrough.

During the meeting with Lexi you can learn about tones, story decisions and asking optional questions.

After the cut-scene look around and speak with Cora. Before you move forward, go to the pod with your imprisoned sister/brother (this depends on your character's gender) and speak with Lexi. You will learn about your twin's health status. 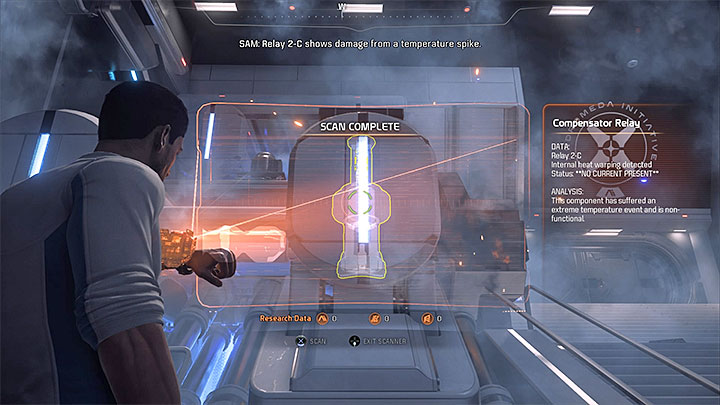 On your way you can interact with an informational screen and learn more about the Andromeda Initiative. You can also find two datapads nearby. When you get to the place of malfunction you can activate your scanner for the first time. Use it to scan the cable and locate the malfunction. Go to the control panel to restart the power relay.

Go with Cora to the tram and activate it (you can't choose the destination). When you are in the new location, speak with the NPC.

Go to the hangar 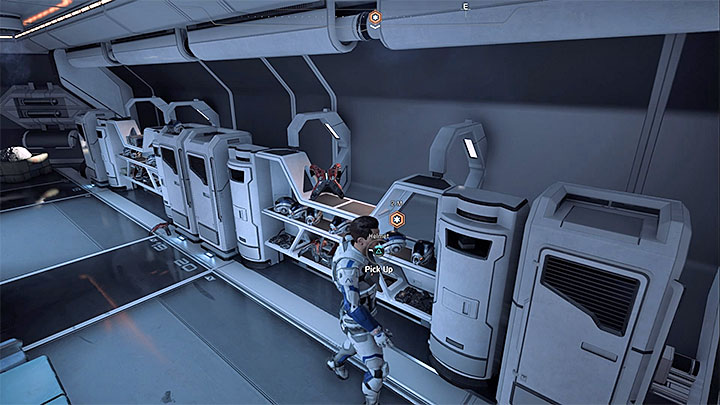 Take the helmet and the pistol from the locker room

When you are in the locker room you can find two new datapads and a helmet (Initiative Helmet I). You can also speak with members of the expedition and scan a few objects (e.g. father's rock). Besides that, you must also take a weapon (M-3 Predator I pistol) from the weapon locker.

Use the door to get to the hangar where the last conversation will take place. The team moves on to Habitat 7's surface where the new main quest starts, called Planetside.