After leaving the elevator you'll soon meet captain Vantralis (NOV13-1). Talk with him to learn about the station and use persuasion to get information about security systems. Offer him your help. He'll give you activation card to the hot labs (NOV12-C). After the conversation, the post will be attacked by enemies. Get rid of them and continue further. 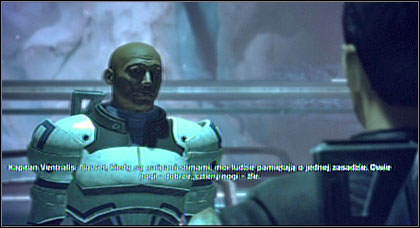 Head to the central room where you'll find the survivors. There you'll meet Alestia Iallis, medic (NOV13-2), dr. Palon (NOV13-3)and trader Petozi (NOV13-S). It's good to talk with all of them to learn more about the situation.

Dr. Paleon (NOV13-3) will tell you that you should speak with dr. Cohen and Han Olar who is the only survivor from the accident at the lab.

Hint 1! It's good to visit security barracks (NOV13-5) to find some useful equipment.

Hint 2! You can pass over actions described in the next part of this paragraph and break to the secured part of the complex (NOV13-4) through the door on the north-west. Ride the elevator (NOV13-C) to get to Benezia. This action will be against Ventralis so you'll need to fight the guards inside. This solution won't give you this many points as granting doctor Cohen request. It's also not recommended if you play as paragon. If you decide to do it though, after getting out the elevator head to the lab at the south. There, you'll find Benezia (more in 7.4.2. Mother Benezia). 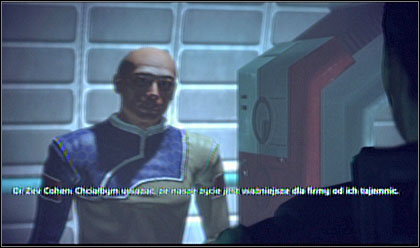 Head to the quarantine lab (NOV13-D) to talk with dr. Cohen. Use charm/intimidation to learn the truth about the accident. It looks like poisoned scientists can be saved only by the cure. Unfortunately, the lab with doctor's equipment and notes is quarantined and Ventralis won't let anyone there. Maybe you'll manage to convince him?

Come back to Ventralis (NOV13-1) and persuade him to let you in the lab. He'll eventually agree and tell the guard in the quarantined area about it.

Use the elevator on the west (NOV13-B) to get to the lower level. Talk with Han Olar (NOV12-3) there to learn the truth about origin of the creatures you fought before. These are rachni, race considered to be extinct. 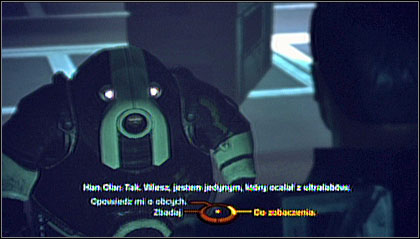 You'll find containers and notes needed to prepare the cure there. Press the appropriate buttons so that the meter falls between the first indicator and the second (X, Y, X, A).

Right after finishing you'll be attacked. Look for a cover and eliminate the enemies. Remember, that biotics doesn't work well against asari.

Leave the lab and talk again with Han Olar (NOV12-3). Ask him about the access to the maintenance tunnel to find out that dr. Cohen has the key to it.

Come back to the main level and go to the quarantine lab (NOV13-D). Give the cure to dr. Cohen and ask him to give you the pass to the maintenance tunnel; he'll agree.

Your destination is the lab (NOV12-4). You'll need to fight rachnii along the way, but they shouldn't be much problem for you. 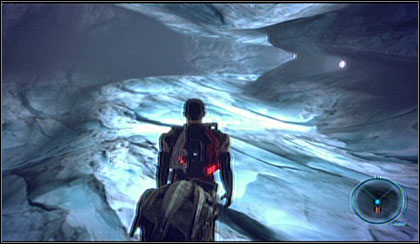 Benezia will be in the lab. After a short talk you'll need to fight her. She will be hidden behind a barrier, so there will be no point attacking her directly. Concentrate on the commandors sent by asari and defeat the first wave of enemies. 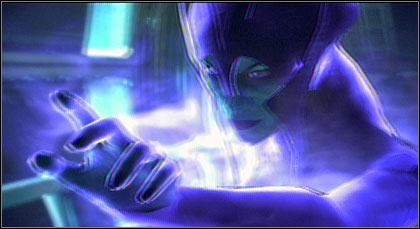 Benezia will call another unit. You'll notice that it takes some power from her. This time there will be not only asari but also geth snipers. Try not to come closer to the containers with explosives during the fight. If the enemies come near them though, shoot them.

Matriarch will call the last reinforcement. It will be the most numerous, so be careful.

Soon you'll be able to speak with weakened Benezia. She'll tell you among others about Saren and his powerful ship Sovereign. Then you'll have to fight her again.

This time matriarch won't be protected by the barrier, so she'll be exposed to your attacks. Use the force of all squad to finish her quickly. Then clear the area from other attackers.

Soon Benezia will be dead, but you'll gain opportunity to speak with the rachnii queen. She'll ask you to kill rachnii in the hot labs and tell you about tragic history of her species. If you kill her, you'll get renegade points. If you save her life, you'll get paragon points. 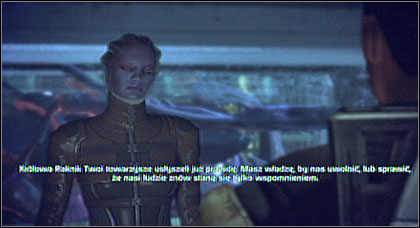 Hint! At this moment, you can return to the tram (NOV12-B) and end the mission or grant the queen request and head to the hot labs (NOV12-C).

In the hot labs you'll meet Jaroslaw Tatarkowski, who will tell you about what corporation planned to do with rachnii and why they didn't succeed. He'll also give you information about neutron purge system installed on Peak 15 in case of situation like this. You'll need to activate it to get rid of all rachnii in the complex.

Before you agree to do what he proposes, you'll have some time to check your equipment and cure the squad. Do it; you won't have possibility to do it later. 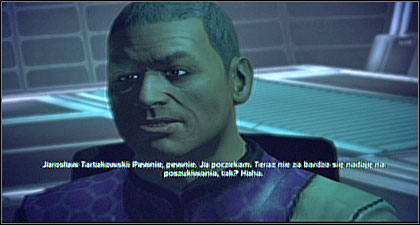 When you'll be ready, Tatarkowski will tell you about the activation code, but he'll be killed by rachnii before giving it to you. Eliminate the creature and take the codes from the body. Go to the next room and turn on Mira terminal. Tell her to activate the neuron purge system.

You'll have two minutes to get back to the elevator and ride to the upper level, but first you'll need to handle rachnii (there will be a lot of them).

There will be no time to kill them all, so shoot few in front to clear the way a bit. Then run toward the elevator, curing the squad along the way if necessary.

Now you just need to get to the tram (NOV12-B) and leave Noveria. 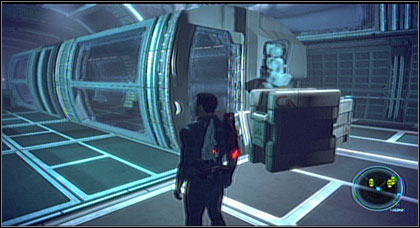