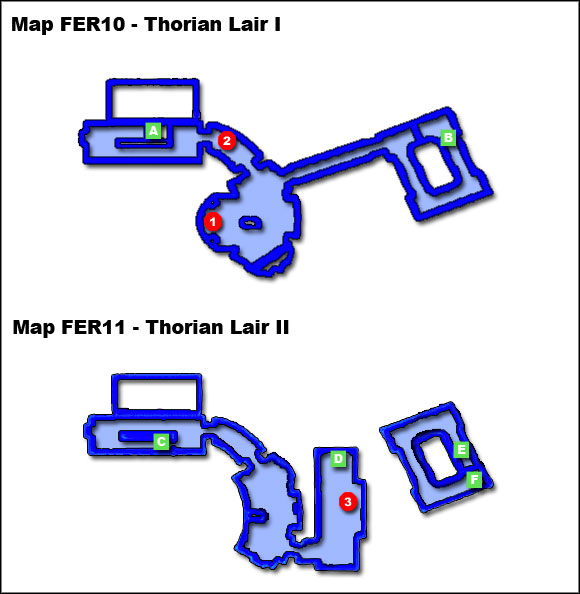 F. To the Zhu's Hope 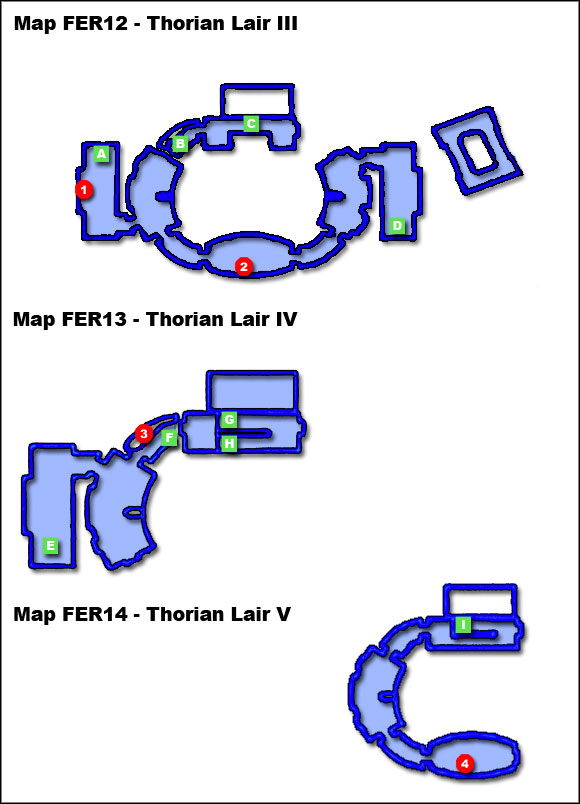 After getting to Thorian Lair go down to see your opponent in all its glory (FER10-1). The monster will create asari clone who will tell you about what Saren has been after and then attack you. 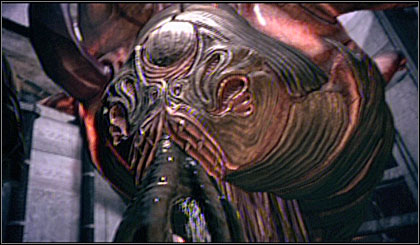 You will have to fight not only with asari clone, but also with other opponents created by Thorian. Only asari is real danger though. Other clones act like zombie and their only strength is that they outnumber you. It's good to eliminate asari first and the rest later.

Go west to get to the passage to the upper level. You'll notice Thorian neural node (FER10-2) along the way, one of sensible spots of its body. Destroy it and keep going.

Meanwhile Thorian will create another reception comitee: again asari and zombie-likes enemies. Eliminate the asari first and then the others - just like a while before.

Hint! While fighting with them, it's good to use rifles and talent "throw". If you stand in right place, you can throw enemies down a chasm (from the Thorian side) to quickly clear the area.

After the fight destroy another Thorian neural node (FER11-3) and continue up. Your task is to destroy all six nodes which are situated on five levels of the lair. There are four mores left then (FER12- 1, FER12- 2, FER13- 3, FER14- 4). Each time Thorian will create the same set of enemies. 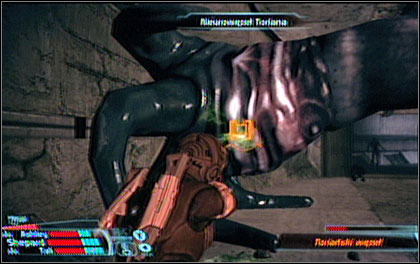 Hint! While working your way up, you'll perceive huddled enemies who seem to be asleep. You can't hurt them in this state but remember that they will awake when you destroy the nodes. That's why you need to keep your eye on them all the time. Otherwise you might end being crushed by many enemies at once.

After destroying the last node, the fight will be over. Talk with real asari to learn some interesting information about Saren, Matriarch Benezia and prothean message. At the end, you can choose whether to kill or spare asari. Killing her will give you renegade points, but sparing her won't give you paragon points. 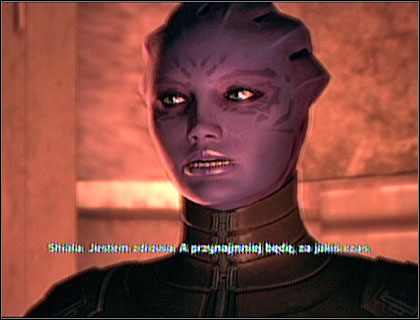