It is one of the main plot missions which you get after completing 3.1. Expose Saren. The other are 6. Feros and 7. Noveria. You can do them in any order but I suggest to start from Therum, because it will allow you to complete your squad. Before landing remember that your companions should have biotic and technic skills as well as combat ones, so choose them carefully. 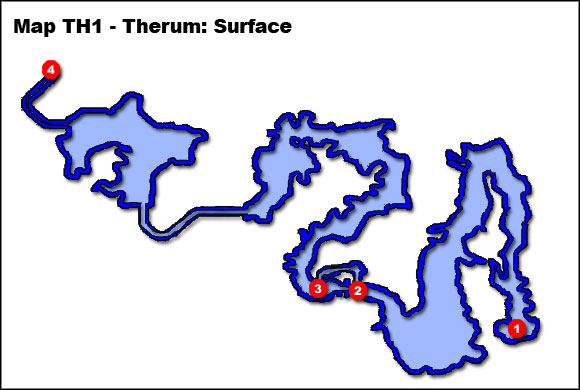 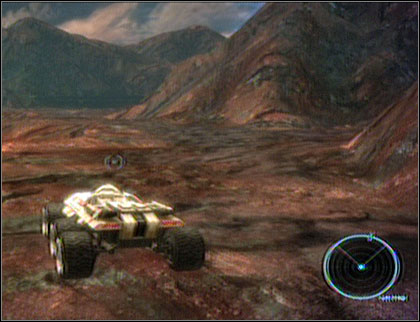 You'll land in spot (1). Your goal is to enter the ruins (4). You'll ride in Mako all the way. It's good to get used to controlling it then. Watch out for the lava.

At some point a geth dropship will deposit a pair of geth armatures in your path. Keep your distance, look forward and when you'll see enemy position (marked by blue light when shooting), switch to the turret view. Zoom, aim and shoot using machine gun and cannon. When you'll see a missile coming at you, just jump to avoid it. It takes some practice, but in spite of appearances is quite easy. Alternatively you can stand broadsite to the enemy and avoid missiles riding forward or backward. After eliminating the armatures, stay alert and get rid of other enemies from the distance. 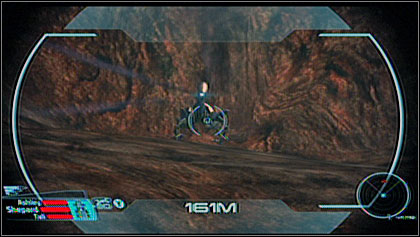 Eventually, you'll get to the fork (TH1-2) near the refinery (TH1-3). Turn north and reach the complex eliminating enemies along the way.

Leave Mako and head to the building near the north gate. Kill the geth inside and use button to open the gate. 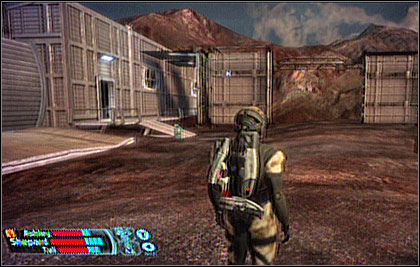 Return to Mako and ride through open gate. Eliminate the enemies along the way; they shouldn't be much problem. Remember to keep the distance.