In Marvel's Spider-Man, New York is full of criminals who are planning to commit various crimes. After the game's prologue, you'll have access to a list of vocal police messages. These include reports of further crimes in the area. You can go to the crime scene and take part in a short mission to stop the villains. 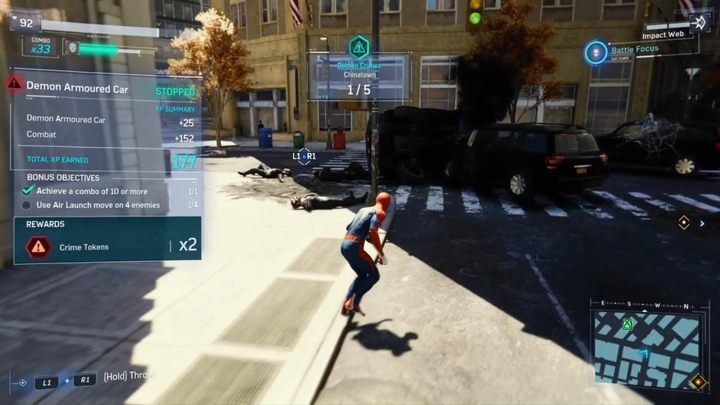 There are four types of crimes in the game:

Crimes are quite unique side activities in the game - they are not directly marked on the map. You have to stay in the district for a while and listen to the police messages, and only then a red marking will appear on the map. Go there and you will start a randomly selected task. 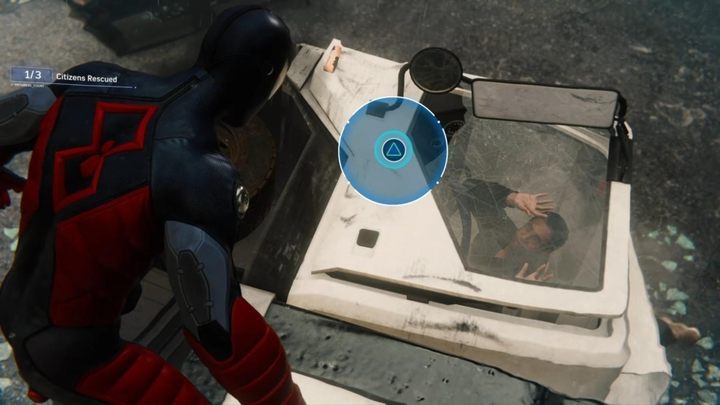 There are quite a lot of missions based on a crime - usually you have to defeat the bandits, but there are also car chases or giving aid to the injured. Each task has side targets - it's worth doing them to get more tokens, which can be used for crafting and upgrade purposes.

The number of crimes is infinite, and the events generate quite quickly. It's worth to do them on a regular basis, and if you think about maxing the game to 100% - don't leave them to the very end. It's best to begin them in short breaks from the main storyline.