Scorpion and Rhino are a pair of powerful enemies that have decided to join their forces to make your life difficult. The following chapter of our guide for Marvel's Spider-Man contains the walkthrough for the "Heavy Hitter" mission, which in fact consists entirely of this double boss battle.

Battle with Scorpion and Rhino in Marvel's Spider-Man 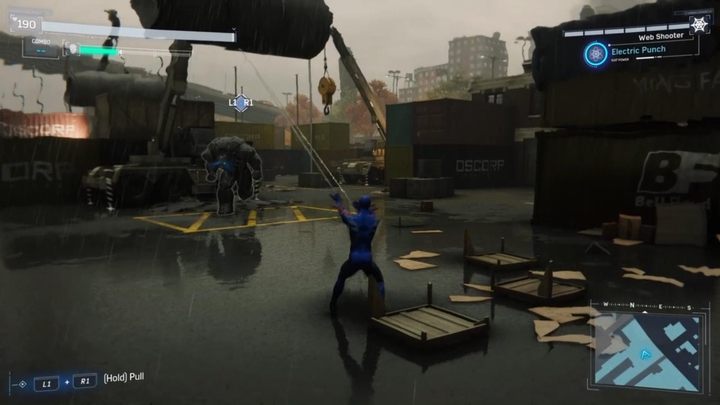 You will begin the battle with Rhino. The enemy possesses powerful charging attacks, but he could use some special awareness, which you in turn can use against him. Your task is to lure the enemy to charge under objects that you can bring down with the help of web shooters. This game will make it easier for you by slowing down the time (on the default difficulty level) so that you have time to aim at the object. Once you drop a container on Rhino's head, he will be stunned - and use the triangle to deal some damage. 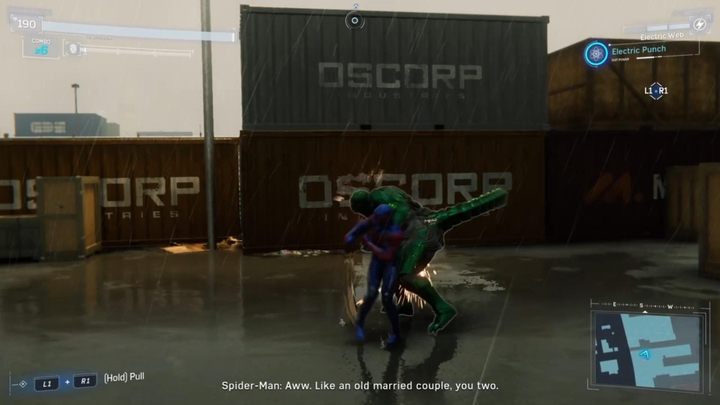 Repeat the trick one more time and Scorpion will join the fray. He uses a ranged poison attack, with occasional attempts to sting you in close combat. Focus on Scorpion for now, Rhino will have to wait for his turn. Your new enemy is fast and should focus on using the web to stun him and land some damage before Rhino interferes. 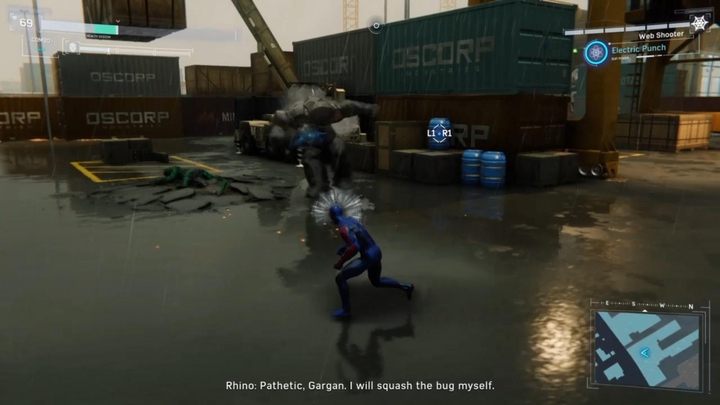 Rhino's charges are easy to avoid, so take your time to focus on Scorpion. The electric web and fast combos turn will quickly take him out of the battle. If necessary, remember that you can use the web to swing around the arena and easily avoid almost anything they can throw at you. Once one of the bosses has been taken out, take care of the other - alone they can't really do much.