Vulture and Electro, having learned from earlier experiences, decided to form an alliance to take you out. You'll be facing the double battle during the "Picking Up the Trail" mission.

Battle with Vulture and Electro in Marvel's Spider-Man 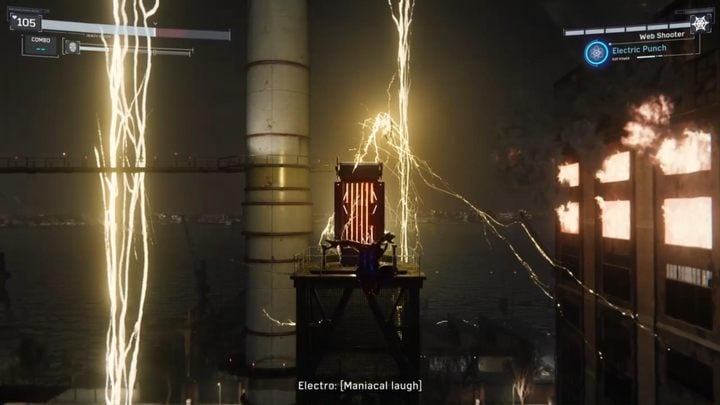 At the end of the mission, you'll have to fight the two bosses. You'll start with a battle against Electro - circle around the enemy and avoid his discharges. Use your gadget, the web shooters to stun your enemy and deal damage using triangle. Electro will move to current transformers - lock onto them and destroy them with the help of the web, and the enemy will take a lot of damage. 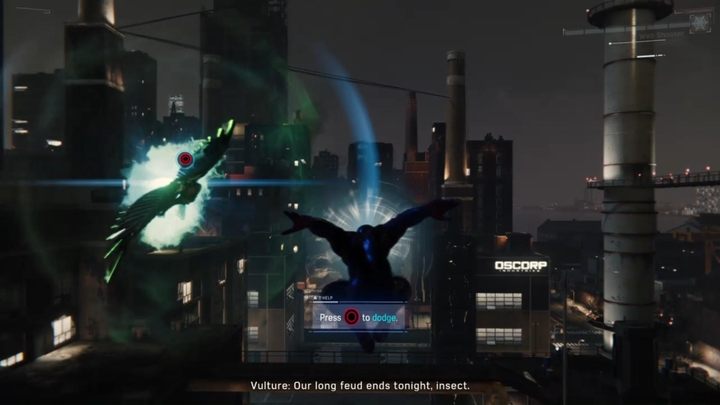 Vulture will aid his ally, beginning with a charge - dodge his attack. Next, counter him as fast as you can using triangle. How distance yourself from the enemy - the boss has many attacks that can be used against him. 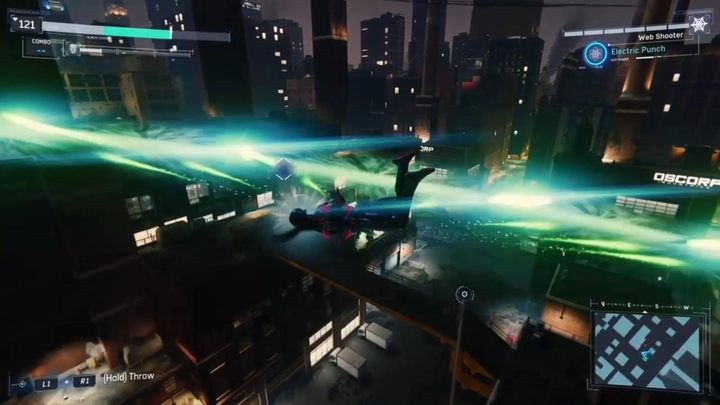 Vulture will try to knock you down using his metal feathers. This attack is easy to avoid - catch one of the feathers after dodging and throw it back at the boss. He will be stunned - get close to your opponent and land a few hits. Electro will appear, and the two super-villains will come at you. 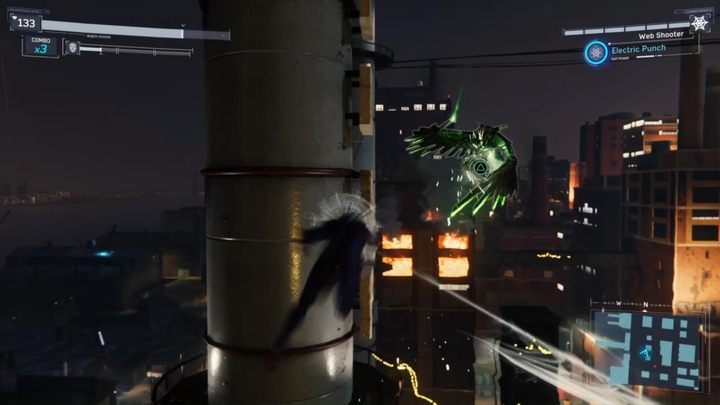 The battle tactics of both enemies are the same as before - the only problem is that you have to avoid many attacks at once. It's best to focus on just one enemy - I recommend you choose Vulture, whose attacks are easy to counter. Catch the boss' feathers, stun him and force him to flee. When it comes to Electro, you can quickly deal with him by using your web shooters. 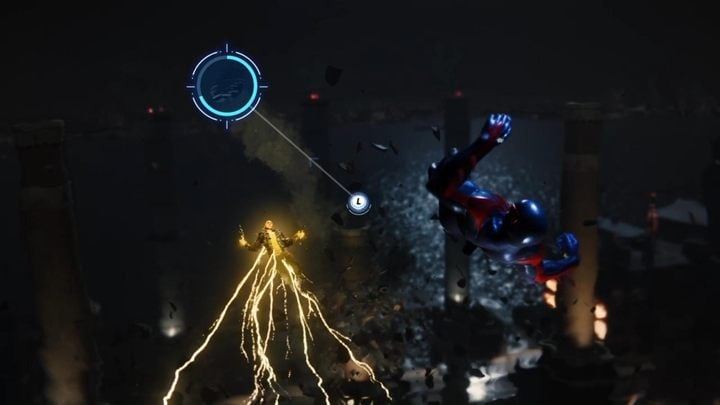 A short QTE sequence is what you'll have to deal with next. After a cut-scene, the enemies will motivate themselves to resume the battle. Just repeat the tactics you learned earlier, concentrate on one opponent and finish the other one later. Be patient and rely on your dodges, and you'll quickly spot the mistakes of your opponents.