Tombstone is mob leader who "unfortunately" came into contact with a mysterious substance that gave him superhuman power and prevents him from feeling pain. This is an optional boss, Spidey will face him during the "Tombstone: Let's Get Ready to..." mission.

Battle with Tombstone in Marvel's Spider-Man 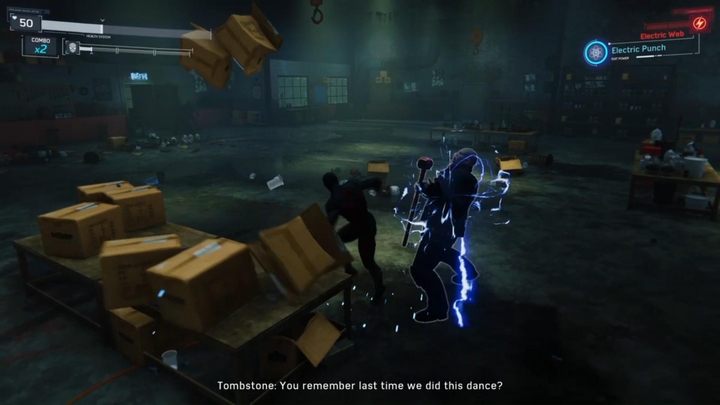 In the beginning you'll witness a cut-scene with Tombstone. After the intermezzo, you'll start the duel with the boss. Your rival is equipped with a large hammer, with which he tries to attack Peter. Some blows are so strong that they trigger a shockwave. Your opponent also often uses a kick to complete his combo. Tombstone is extremely vulnerable to gadgets - use electric web and hit the boss when he is defenseless. 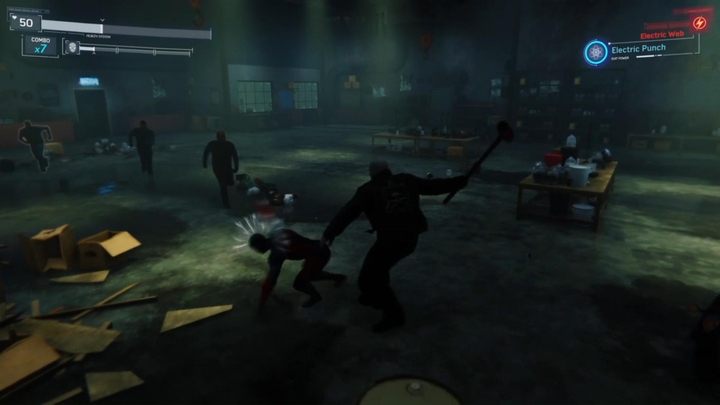 After some time, other enemies will invade the battle arena. First, focus your attention on eliminating them quickly. Be sure to use dodges - even one or two of Tombstone's blows can leave you almost dead. At this point in the fight, it's worth to activate a good suit ability, which will make it easier to fight multiple enemies. After you clean the warehouse of minor villains, get back to the boss. 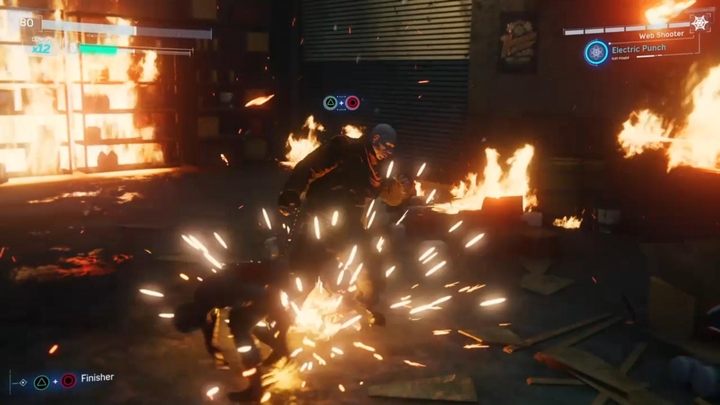 An another cut-scene awaits you, after which the final phase of the fight will begin. Tombstone will start to feel the pain once again - the boss will grasp flaming chains and use them to fight you. Enemy blows are really hard to avoid this time - despite dodges, many attacks will be able to reach you. The best you can do is to circle him from the right-hand side and wait until he completes his combo. Then shorten the distance, make land a few hits and jump back. Continue circling around Tombstone and keep adding some damage. If you still have some gadgets, use them now. If you run out of health, go back a little, grab one of the objects and throw it at the boss - it will renew a lot of Focus, which you can use for healing. Eventually, the enemy will fall and you'll finish this difficult fight.